One last patch to close the year out, and this one comes with a new trailer!

I had the idea for this trailer before what would eventually be the Hiveversary Update Trailer, but it didn't make sense to lead with that for something that should be more focused on the game's birthday. Chat integration also isn't exciting or important to all players, making this even less of a good fit for the kind of broad-reaching additions, fixes, and tweaks that the Hiveversary Update brought. It is valuable to some though, and I'm glad to have found time to make something that specifically addresses it! 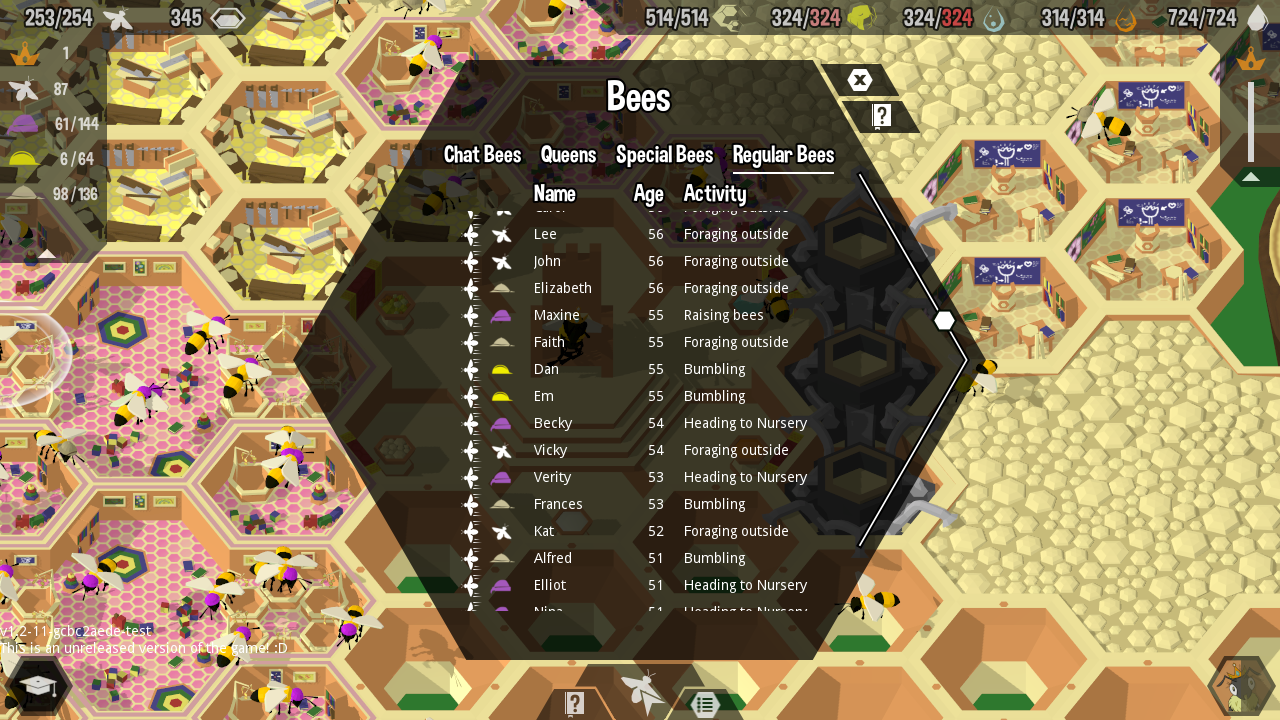 Today's patch mostly focuses on quality-of-life fixes, but there is one notable new feature - a Bee List screen accessible from the Throne Room, which shows the hive's entire population broken down into a couple of categories. It's not particularly useful for navigating the constantly fluctuating population of regular bees on a medium sized hive, but it is perfect for keeping track of chat bees and special bees, as well as exposing the entire lineage of past and present Queens.

There are also a couple of optimisations that may make a difference to large hives on some systems. Construction indicators are now cached and pooled, so in most cases, pauses when construction begins on a cell should be entirely eliminated. Chat bee speech bubbles now reliably point in the right right direction. Save names shouldn't end up with _quicksave_quicksave_quicksave on the end after manually saving and loading quick saves a few times.

It's not all fixes though! There's a new Find Your Own Fun option allowing the first Queen's name to be customised before the game begins. A whole bunch of new names have been added to the name pool. There's even a new vinehopper fact, and it's about secretions.

Hive Time's come a long way during its first post-release year. I hope that it has been enjoyable for everybody, and that you all find reasons for joy, wonder, and healthy bumbling in 2021.