This patch initially had a possible crash when a chat bee enters the conga line while asleep. This has been hotfixed in v1.2-119. Apologies to anybody affected!

To celebrate, hare's a patch that adds a bunch of new "bee facts," some new chat commands, and a whole bunch of misc tweaks and fixes! 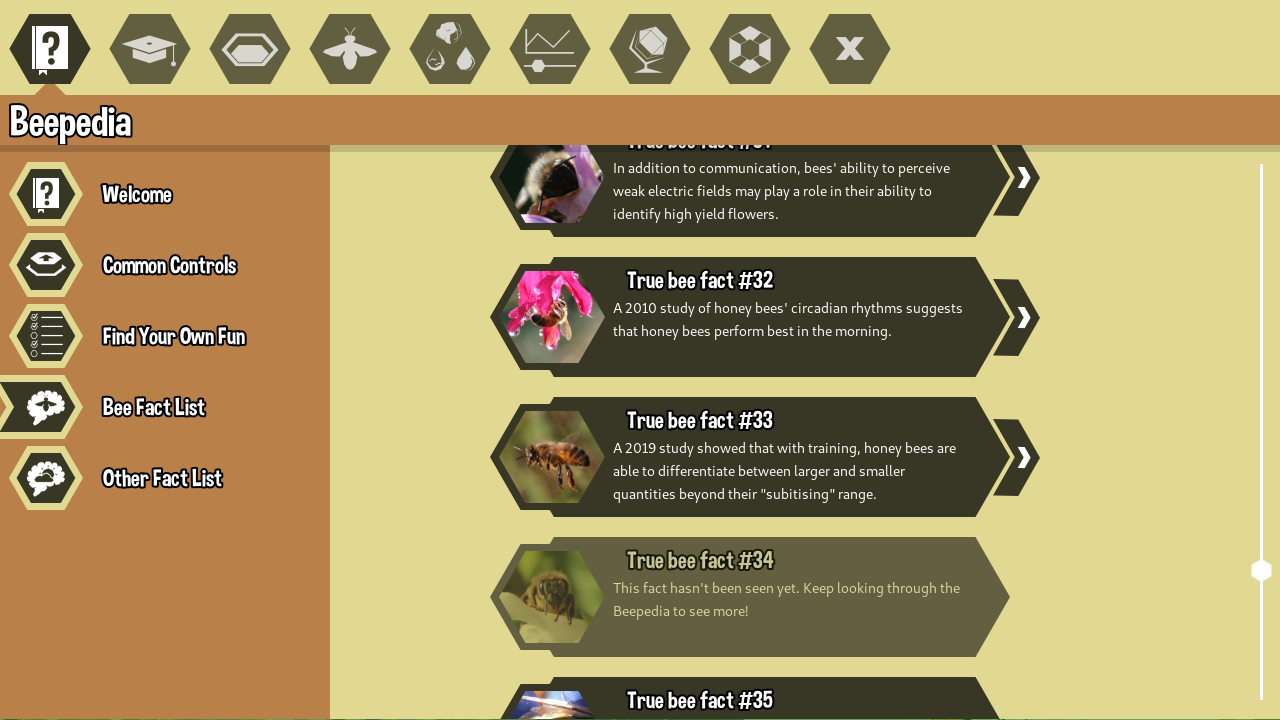 To make it easier to track and revisit Beepedia facts, previously seen facts are now listed in the new Bee Fact List and Other Fact List pages.

It's been a bit rushed, but I've very much enjoyed researching for the new "bee facts." In particular, Scarlett Howard et al.'s work on bee numeracy (bee facts #33 and #34) and Sylvain Alem et al.'s work on social learning in bees (bee fact #41). 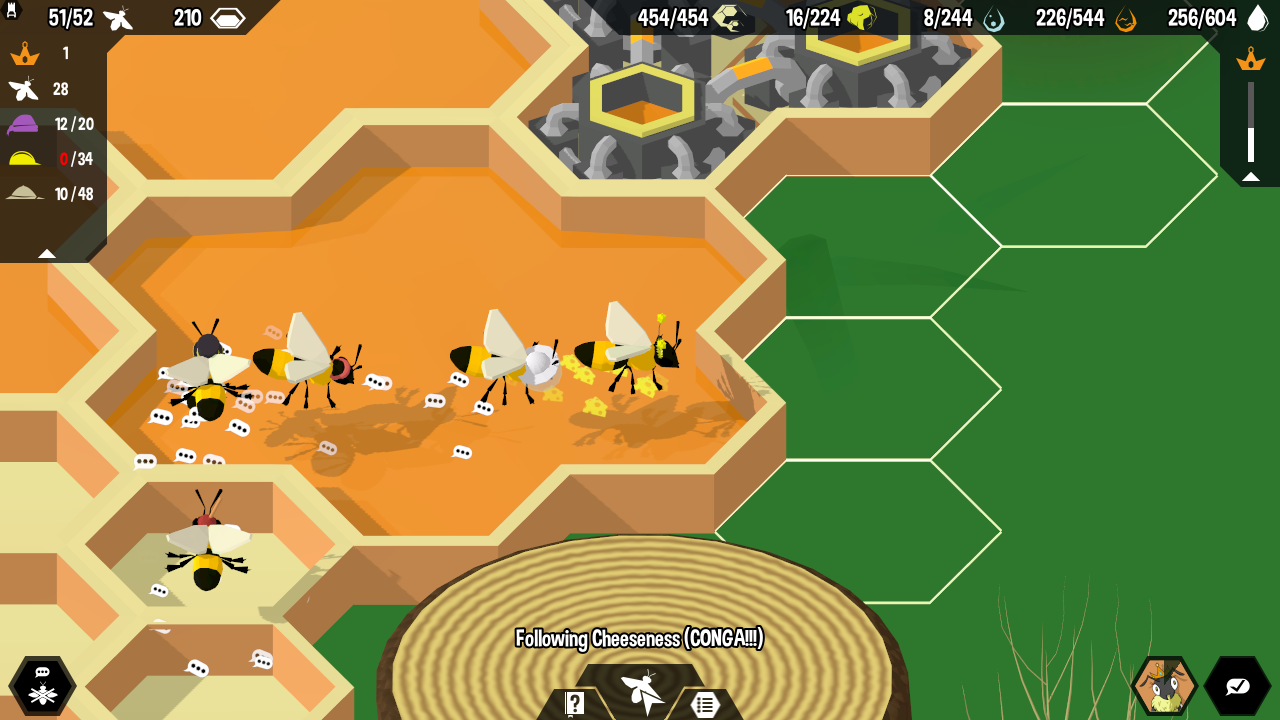 Chat integration has received some attention too. There are new !sleep, !work, and !conga commands. !sleep allows lurking chat users to send their bee to a peaceful sleep where they won't die of old age while away. !conga lets a chat user join a conga line and dance across the screen instead of doing their job. Finally, the !work command will send a chat user's bee back to work after sleeping or dancing.

The gift vote UI now lingers for 10 seconds after voting completes to make results easier to identify for "gifts" that don't result in an effect or activity notification. 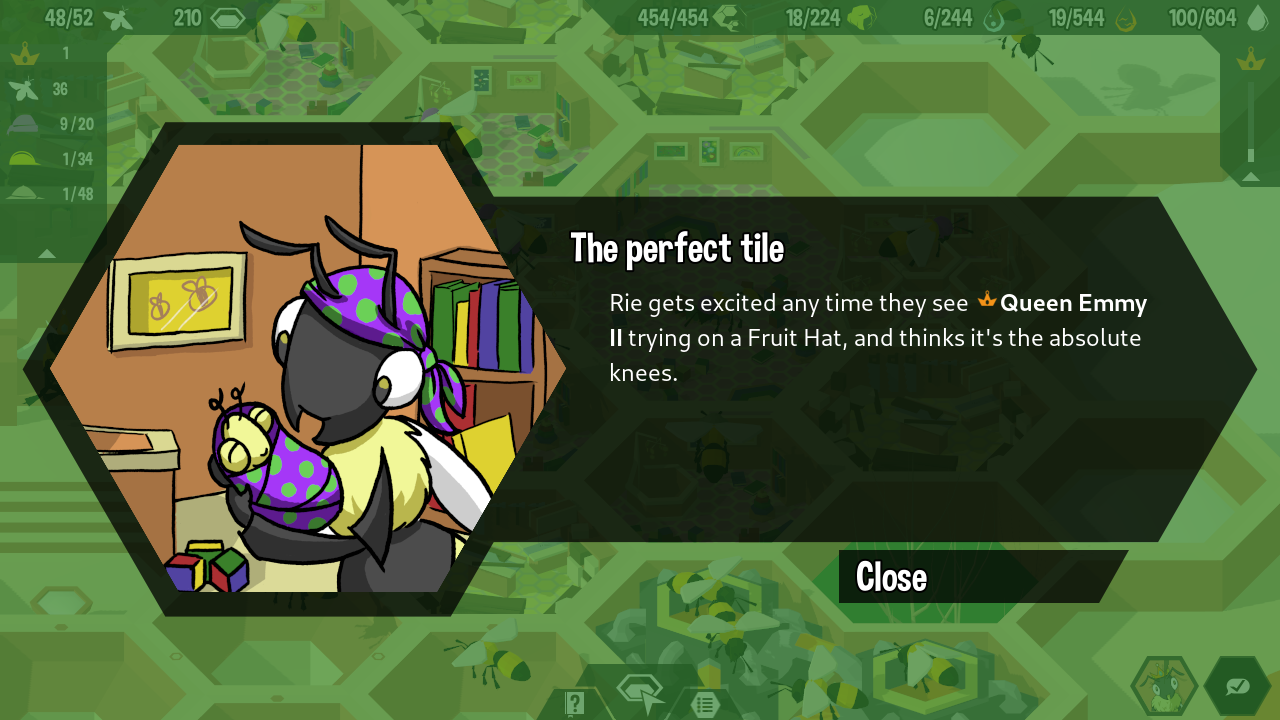 Last, but not least, there are several new generic vignettes and a couple of new Throne Room vignettes.