This post rounds up several minor patches that have shipped since the Informational Update went live. 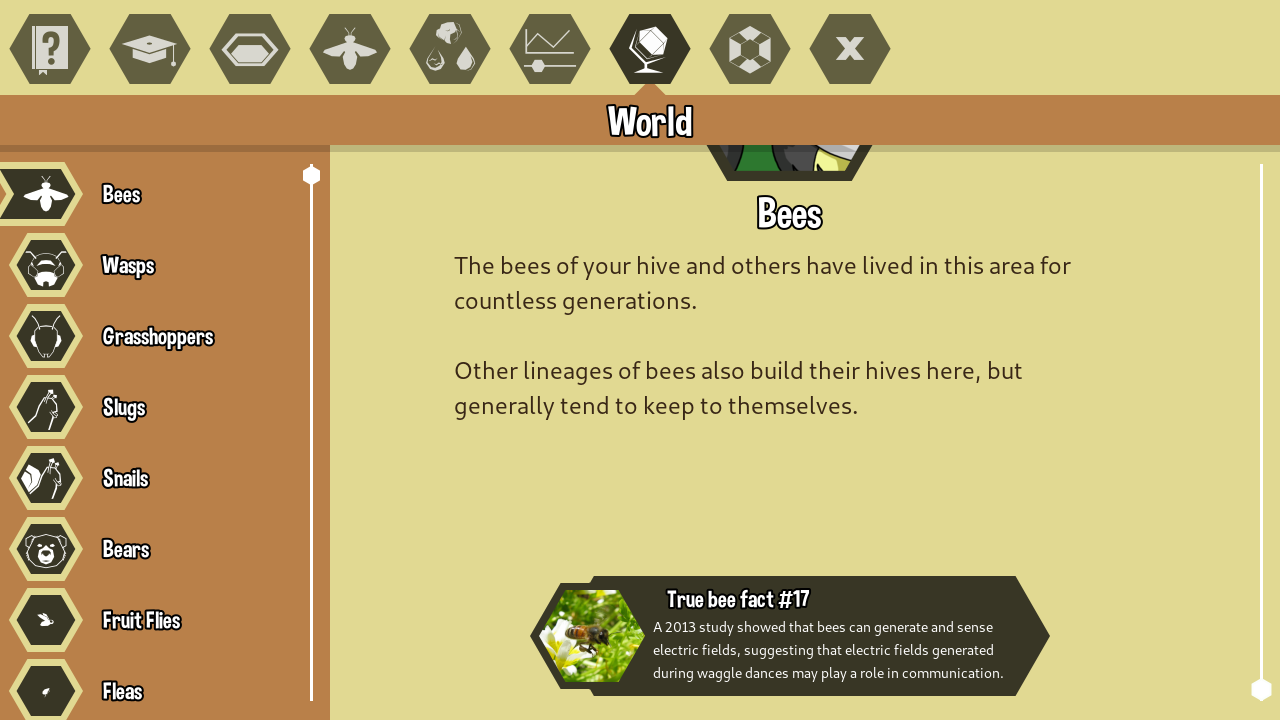 The main fix and biggest spanner in the works has revolved around the new version check returning falce under certain circumstances. Unfortunately, one of those circumstances was when the current version was v1.0-x (pre-Informational Update), and the latest version was v1.1-x.

I'm not planning to ship general patches to the v1.0 branch, but I'm happy to do critical fixes so that anybody who'd prefer to run the pre-Informational Update version of the game can continue playing.

Changes to the v1.1 branch include miscellaneous fixes for various edge cases. The most notable of which is the mouse cursor disappearing after panning on MacOS (I'd run up against this with Windows testers before v1.1 shipped, but it looks like the Mac build was only tested with touch gesture panning - whoops!).

Also in the v1.1 branch are a bunch of new bee names and several new bee facts. Yay!