Today is a special day. Not only is it World Bee Day, but Hive Time has just received an exciting update! Phil, Tracy, and the team will tell you all about this breaking news in Hive Time's newest trailer!

The Informational Update adds an in-game "Beepedia," allowing tutorials to be reviewed, game concepts to be explored, and some hints/tips to be discovered. The Beepedia also features a number of true facts about bees that hopefully make up for the game's less-than-realistic depictions of bee life. 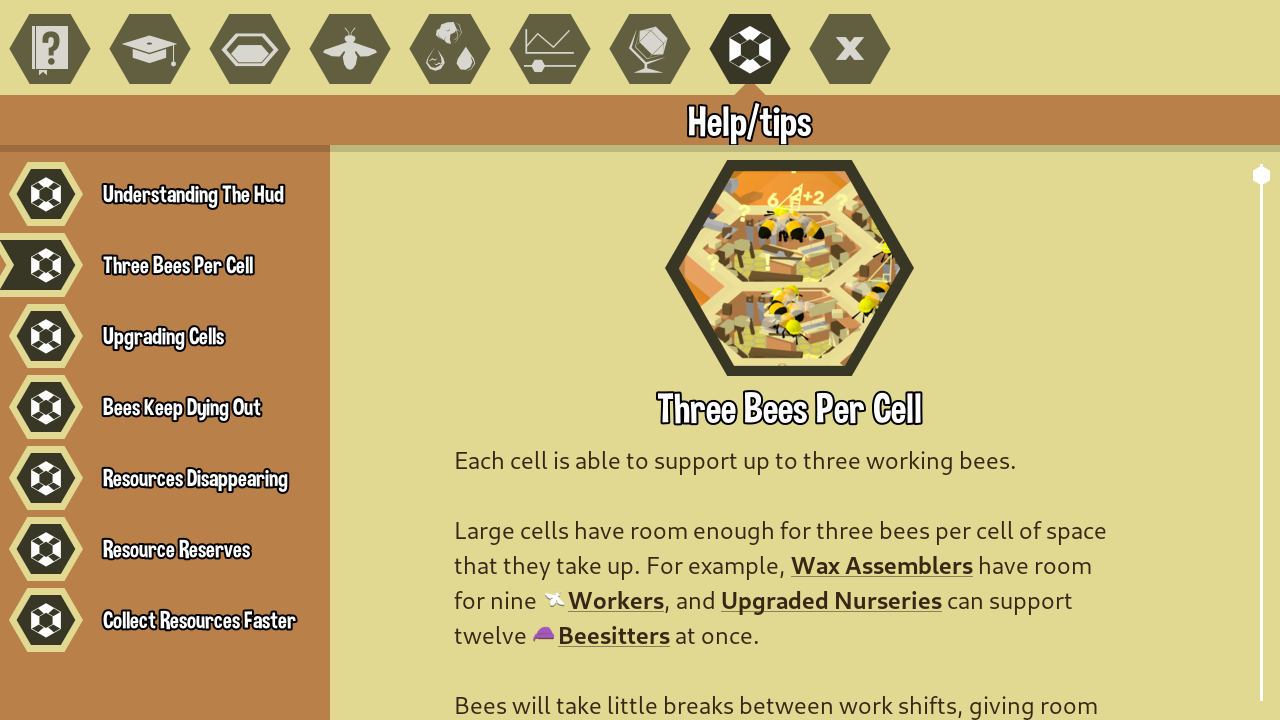 The number of "find your own fun" options has been expanded. If research isn't your thing, or you'd rather not wait for bees to construct cells, the Informational Update has got you covered. 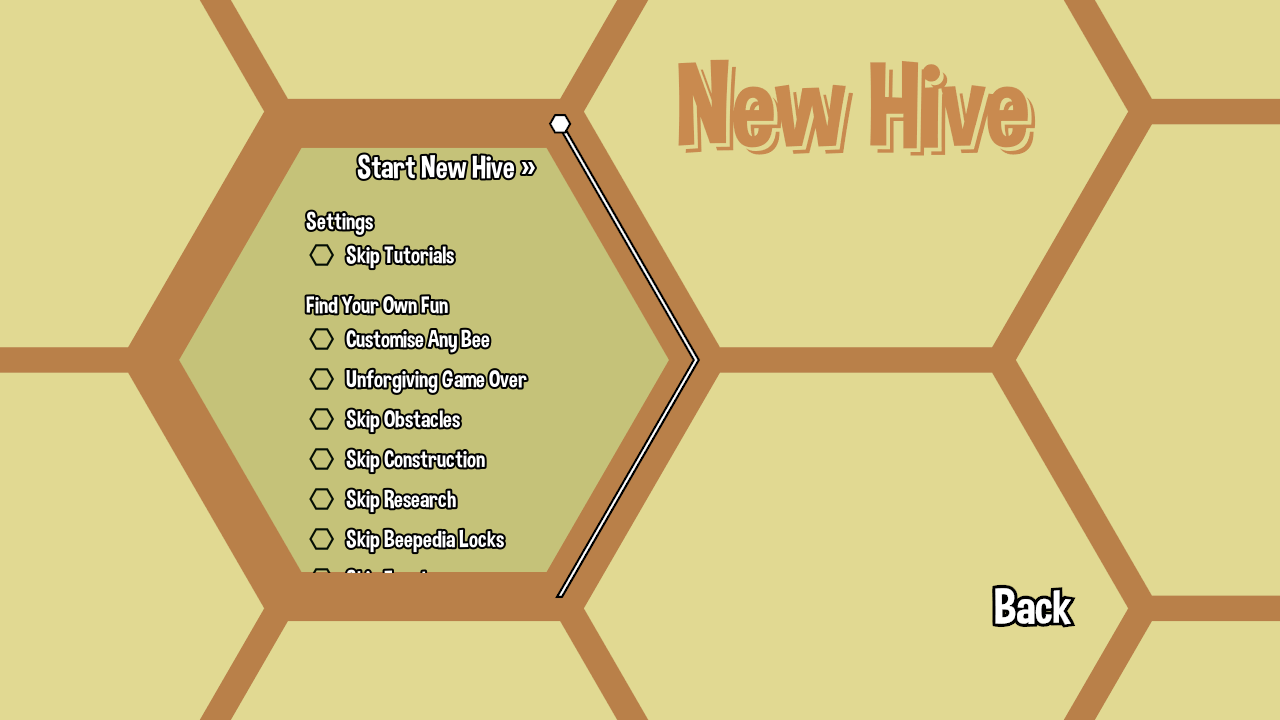 Some fancy new effects have been added to help give weight to some of the game's bigger events and mark some important milestones. Though they're not all particle effects, they can be disabled by turning off the Particles setting in the Video Settings menu. 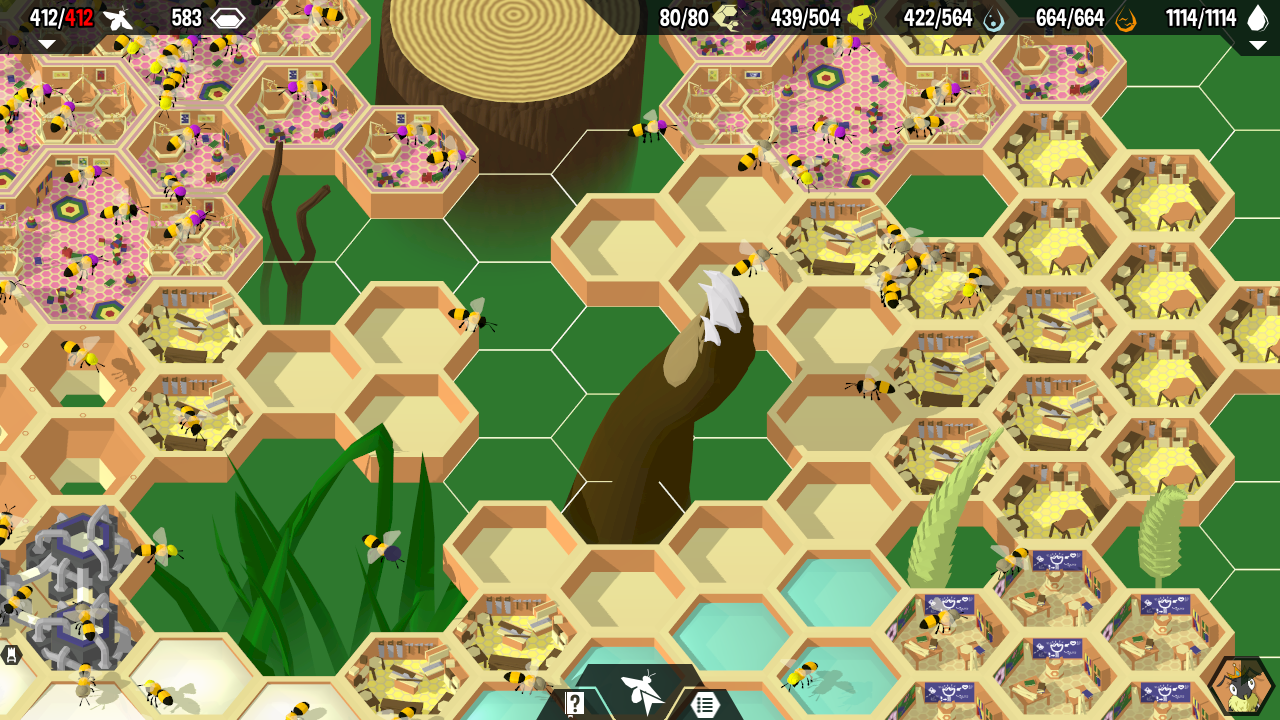 Aubrey has contributed a whole bunch of new Queen portraits for your Queens, which become visible in the Throne Room as your colony progresses through generations. As always, a close-up can be seen by clicking on the portrait when in Inspect Mode. 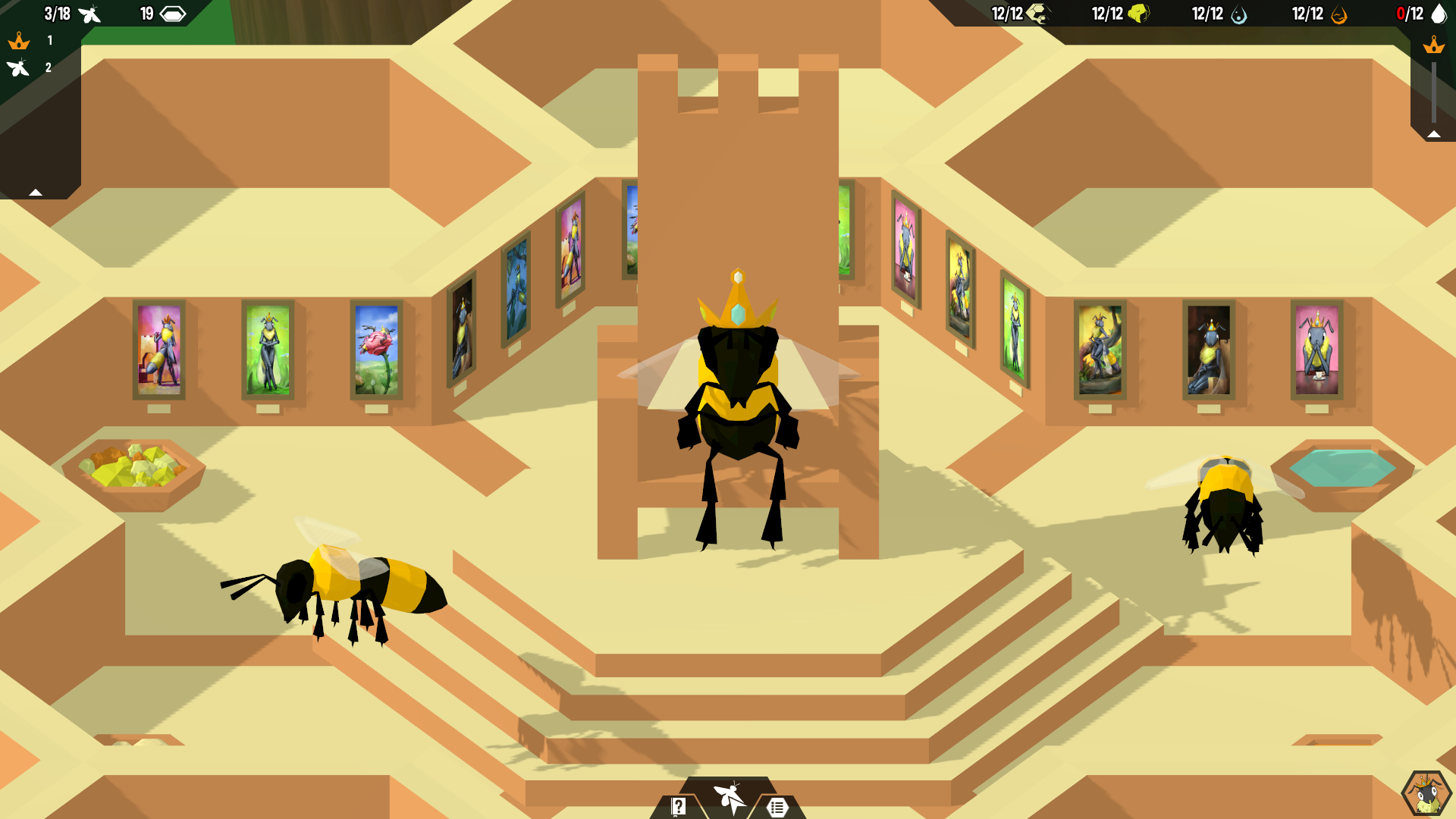 The Informational Update brings a lot of other minor improvements and fixes aimed at making the game more approachable and easier to understand! Below is a highlight of changes since the last public release.

Last, but not least

A very big thank-you to everybody who helped test and gave feedback on the Informational Update before its release. Without your help, the game wouldn't be half as good as it is! ♥

And an even bigger extra big very huge thank-you to Mim, Aubrey, and Peter, whose work (on trailer/beepedia art, portraits, and trailer music respectively) made my life a lot easier!