Today's update adds a cooldown for spawning new Queens. It's currently set to half a Queen's lifespan, which means that you'll never have more than two Queens in the hive at a time. I might reduce this to a third, but I think I'll hold off on that until I see how some planned bee upgrade options influence the game. 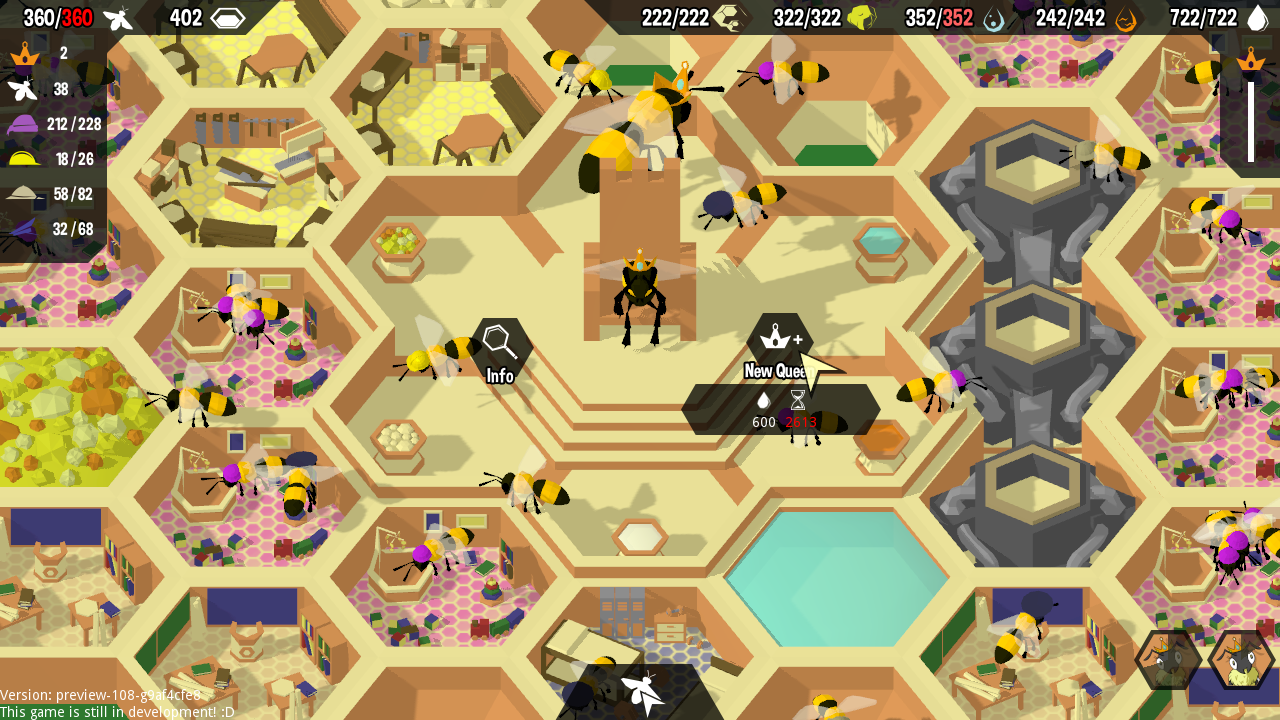 There are also a couple of misc fixes, including the main menu sometimes not responding to mouse input when the game is paused after build preview-107.