It's the first day of spring, hurrah! Bees in the Southern Hemisphere will be getting more active as more flowers wake from their winter slumber. Exciting times for bee friends!

The biggest change today is the addition of thumbnails and metadata (date, playtime) to the save and load screens, as well as options for removing saves (THERE'S NO CONFIRMATION AND YOU WON'T GET THEM BACK, SO BE CAREFUL ^_^ ). I'm not really happy with the layout of these screens, so I'll probably come back to try to make them look more good nice at some point later on. For now though, I'm glad to have a bit of extra information to help differentiate saves! 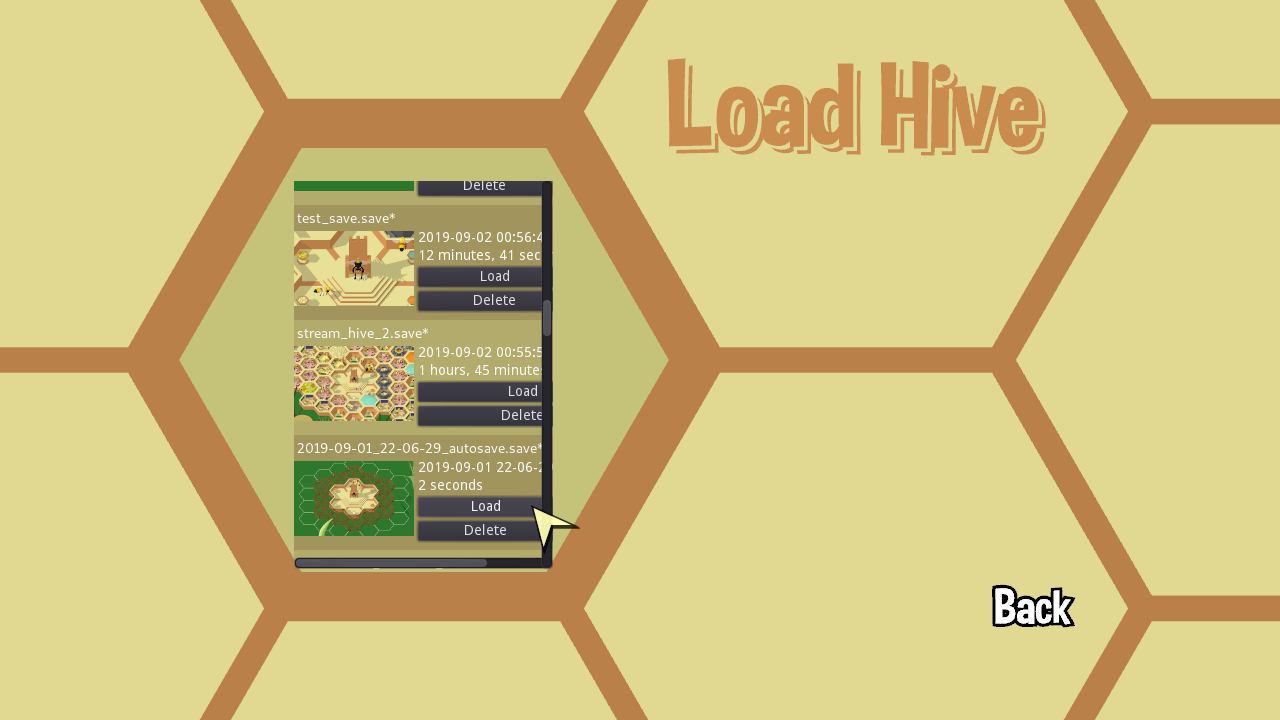 Today's update also has a new music track, inspired by the Beatles-referencing "Ticket to ride" event. Here are some thoughts from Peter:

"Ever since I saw the Bee-tles event picture I knew it would be fun to have a Beatlesque tune in the game, so that resulted in this piece, (which has temporary vocals until I can replace them with a better bee-singer than me) To make it blend in with the rest of the soundtrack, I've switched the guitars for a ukelele, and added a marimba part. But otherwise I'm rather pleased with the accuracy of the pastiche, and I hope you get a kick out of it too."

Edit: Just added a quick fix for a potential crash when opening the save screen. Apologies to anybody who had troubles!