Finally managed to squeeze out a first pass on the research system. In this iteration, only nurseries, workshops, wax assemblers, exits, nectar storage, and pollen storage cells are able to be built at the start of the game. Further construction options are unlocked from the Research Menu at a Workshop. Builders are needed to progress research, which gives them a critical role in the growth of a hive that they previously didn't have. 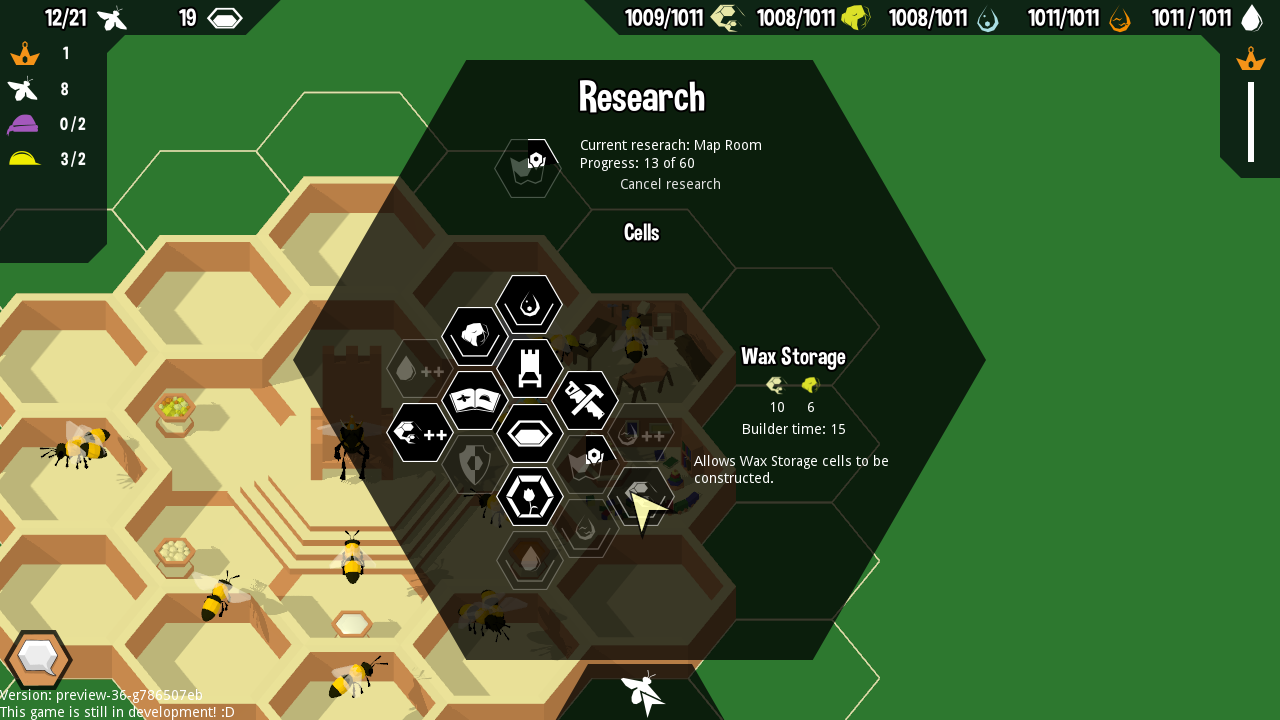 At the moment, there aren't any research dependencies. I'll need to implement something for later research options I have planned, but for now, the ones that are in the game right now can be researched in any order.

This makes some dramatic changes to the feel of the game's pacing, but from the testing I've done so far, don't end up slowing down the game much. The key benefits here are reducing the initial construction options down to a less overwhelming 6 options, giving players control over the order in which things become available, and giving some persistent rewards to spend resources on.

I suspect that having to balance production and research will lead players to more directly manage the paused/unpaused state of assemblers and refineries, which I definitely want to encourage early on, but does get a bit cumbersome in the mid to late game. I have plans for some research options that will provide some alternative production management options better suited to scale to the places where pausing/unpausing doesn't quite cover, but I think I'll let the research system sit for a while and see how it feels/what kind of feedback I get before implementing those.

Obstacles and bonuses will probably be the next big feature to come in, which should shake up hive layouts and construction prioritisation in interesting ways.