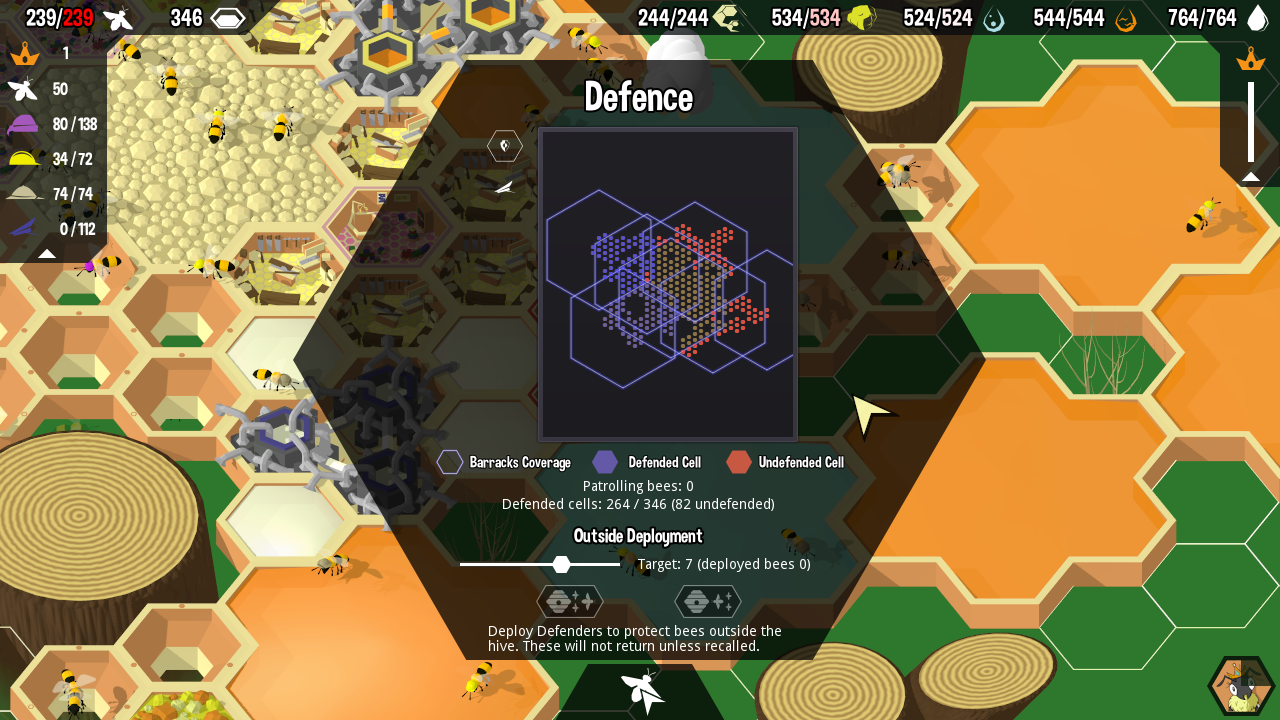 The change that's likely to matter most to players is a change to how the most common game assets are loaded. By instantiating every cell, particle effect, bee, and hat once when a new game is started, brief pauses during first load no longer happen during gameplay. There's a tiny increase in delay between zooming in after clicking "Start new hive" and zooming "through" the menu background, but since they all happen at once, it's one 0.25 second pause (depending on load speed) rather than the dozen or so that were occurring separately.

Because this load time is never visible when running the game in the Godot editor and because pauses weren't noticeable when running release builds on my main dev machine, the problem wasn't something I had good awareness of until mid January! Apologies to anybody who's been negatively affected by it.

Upgrading to Godot 3.2 has been a mostly smooth process - a few material tweaks were needed to compensate for renderer changes, and so on. There may be some performance increases on lower end systems, but broadly speaking, there shouldn't be any significant changes.

Godot 3.2 itself has many fixes and additions (including an improvement from me \o/), but since Hive Time was already functional/didn't have big outstanding bugs, and I didn't have any major changes planned for this patch, there's not a lot for Hive Time to specifically benefit from.