A small bundle of fixes today, mostly focusing around updates and tweaks to events and tutorials. 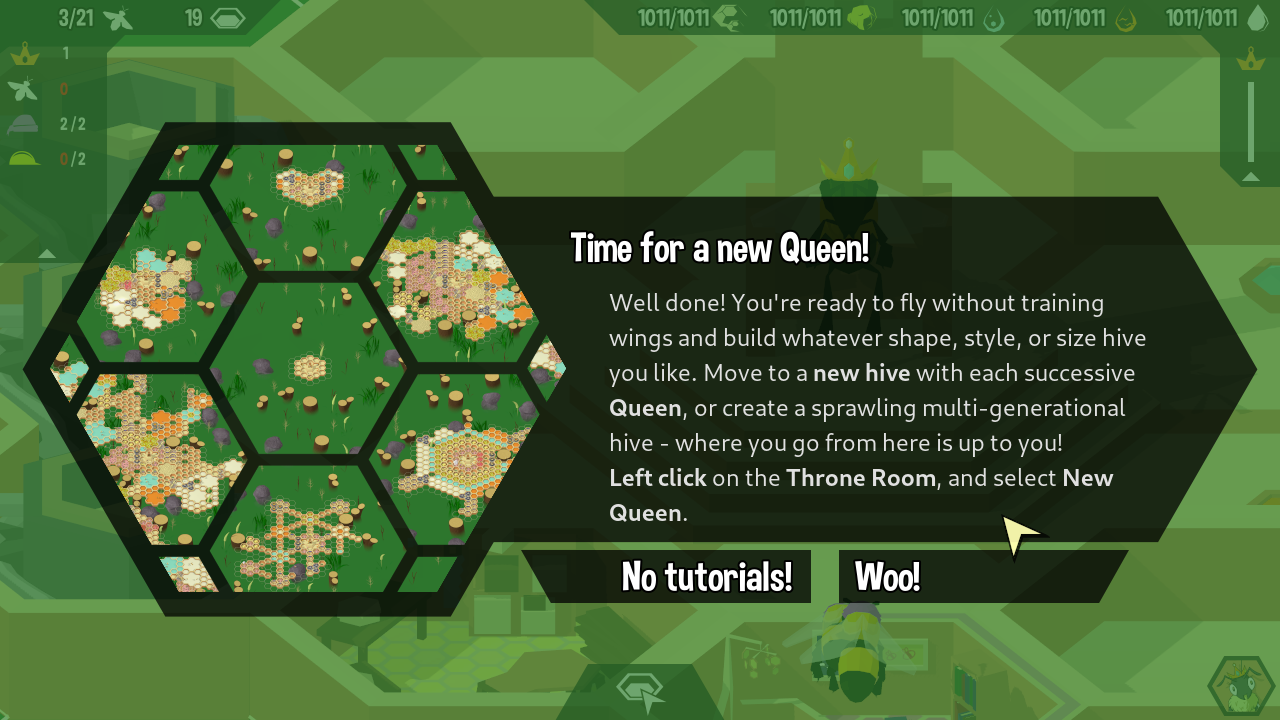 A final tutorial has been added to clarify that after the tutorial requirements have been completed, training wheels are off and players are free to do whatever they'd like to do. The research tree and tutorial system were initially added as a way to gradually onboard new players across their first Queen's lifespan, and its presence combined with the continue-playing condition of spawning new Queens seems to have steered some people away from the kind of open, endless play that the game is intended for.

Having a final tutorial invite players to consider their first new Queen as the start of the game rather than the end doesn't prevent anybody from stopping once they've spawned a second Queen if they've gotten their fill, but I'm hoping that it'll lead to assumptions that better match what the game is trying to be.

There are also a number of balancing tweaks that affect the duration of various event effects to make their impact a little more meaningful. For example, the 60 second window on Slime Blessings didn't seem to be providing a big enough window for players to take advantage of it without having a pre-existing planned response.

There are also a few miscellaneous fixes, including one where spamming Escape would prevent the menu system from functioning correctly, and a couple of minor production related issues.