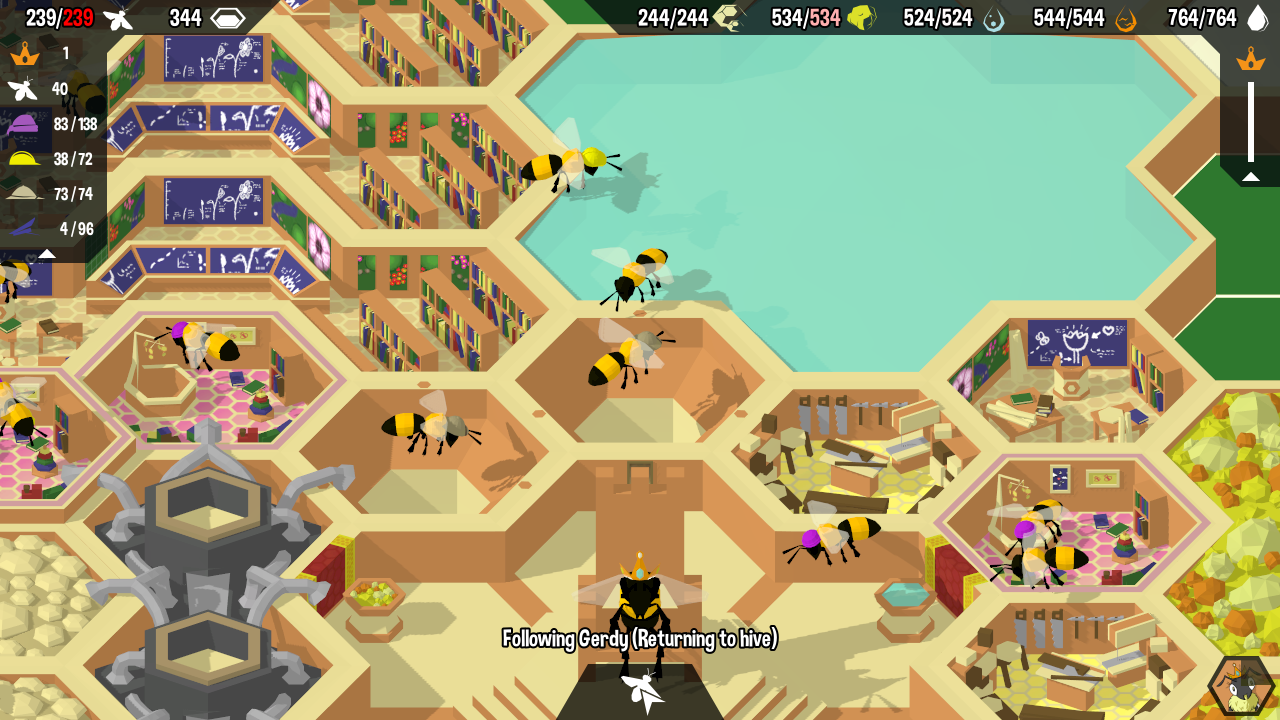 Today's update adds a little prompt to get people interacting with bees when in Inspect Mode (to help avoid the assumption that it's just for pausing), which also provides some details on the current bee when using follow cam (handy for spotting when you're following a bee that's outside the hive!).

The default shortcut has been changed to P, since it seems that on some systems, the Print Screen event was being gobbled up at the OS level before the game could capture it.

I've also made some changes to how "big screenshots" (which are taken automatically every time you send a new Queen off to start a new hive and can be triggered manually by holding down the repeat build shortcut when taking an in-game screenshot) work. They now save a 2500x2500 pixel image positioned to show the entire playspace. It nicely captures big sprawling hives, and also highlights the space-efficiency of smaller hives.

Providing there aren't any crazy bugs that need fixing, this will likely be the last Hive Time patch for the year. Moving into 2020, we'll be giving more attention to larger scope updates. You can read about our plans (subject to change) over here.