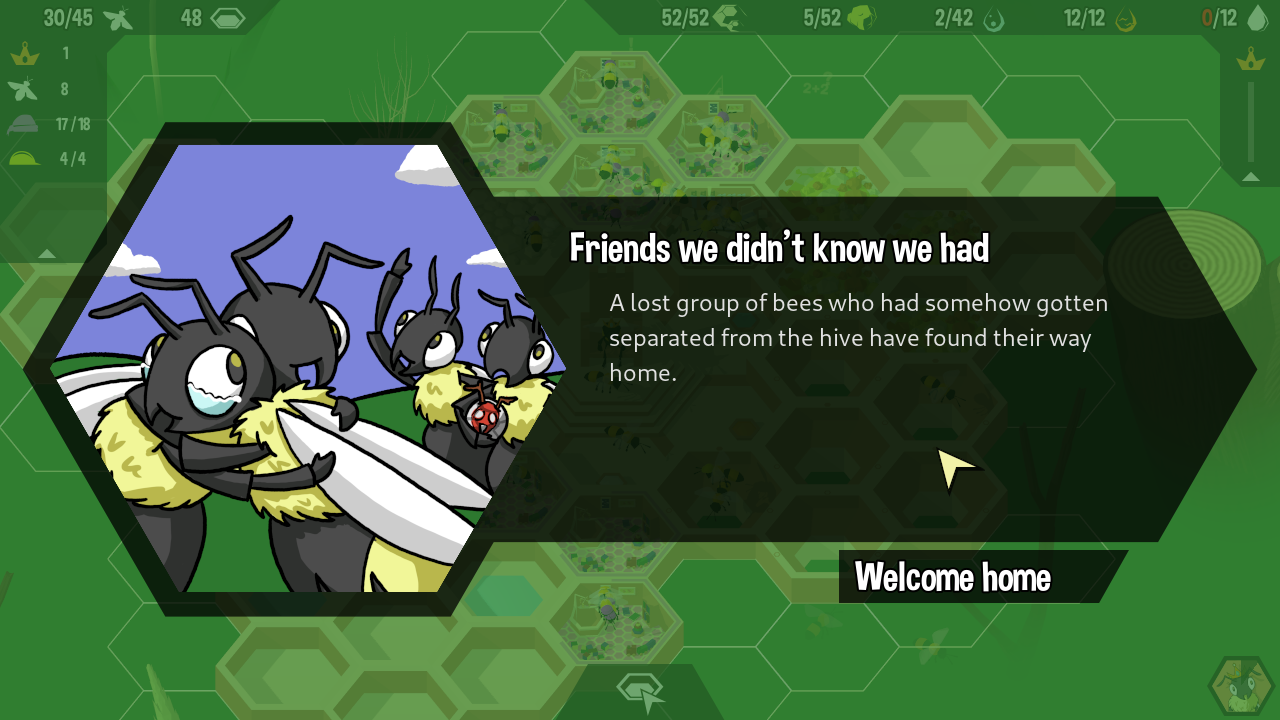 Today's update includes a number of miscellaneous fixes/tweaks, the most noteworthy of which is a new tutorial at the very beginning introducing the game's basic controls and prompting players to look at the Controls Settings menu for more constrols/shortcuts. Alongside this, all tutorials should now reflect custom bindings when describing how to do stuff.

Also included in this update is artwork by Mim for the "Friends we didn't know we had" event, which along with the "Random act of kindness" event that was restored in v1.0-3, now means that all of the content we removed from the game in order to make the release date is now back in the game. Neither event is critical, and we were comfortable with the idea of them not being included with the game if we didn't get a chance to add them back in, but it's very nice to see them return!