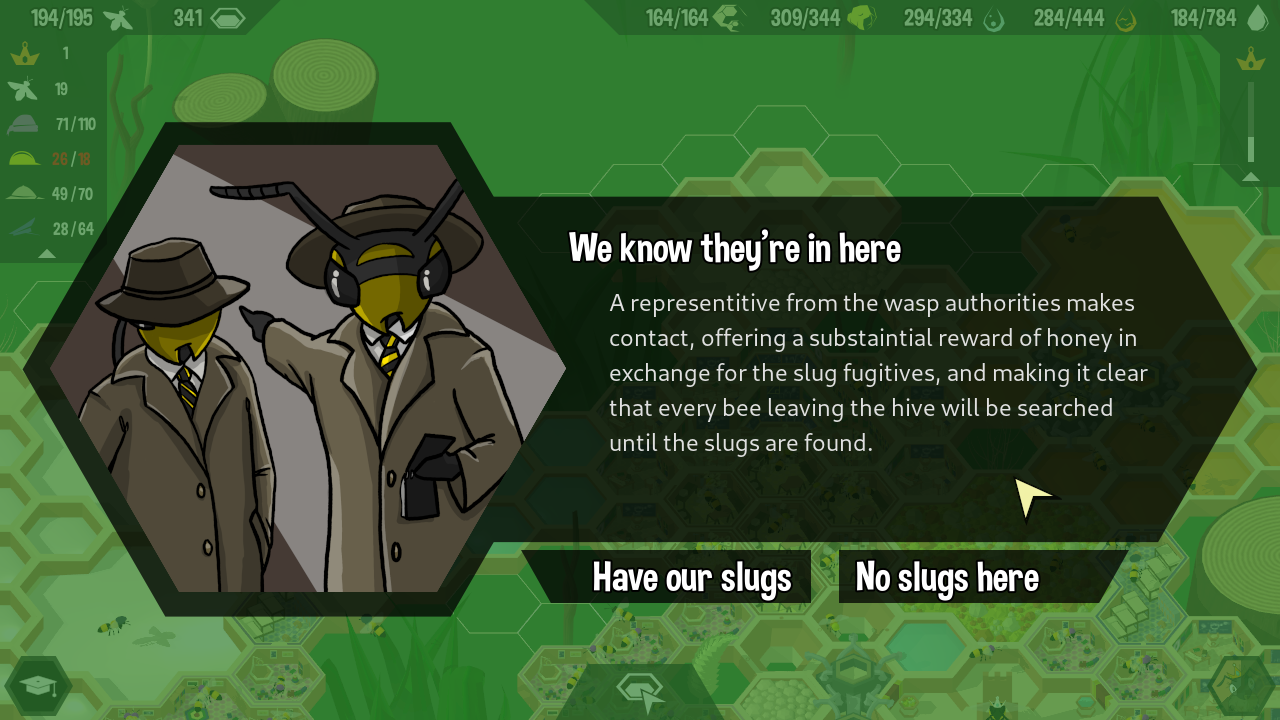 Today's update features a number of minor fixes and tweaks. My favourite is a new event image that Mim and I collaborated on, which appears within the "Moist banditos" event chain.

There are several changes to event conditions that prevent several events with high resource rewards from triggering when there is no available storage space. It's still possible to not get the full benefit (which is fine because most of them are designed to give the impression of filling your stores), but they should all now feel like meaningful rewards when they trigger.

In the interests of making sure that players have access to their old hives, I've added an autosave that triggers immediately before transitioning to a new hive with a new Queen. The game also takes a large screenshot at that point.

There've been some slightly awkward cases of interference between in-game screenshots and save thumbnails (which both use the same viewport for grabbing snapshots of the hive). I believe that I've sorted all of that out, but if you have any troubles with save thumbnails or screenshots, definitely reach out and let me know.

Speaking of in-game screenshots, the depth of field effect has been disabled due to an oversight on my part on how that would end up looking when doing large screenshots. I need to rework how depth of field is calculated in general at some point in the future, and when I do, I'll re-enable it for screenshots.