It's time for another Hive Time update! 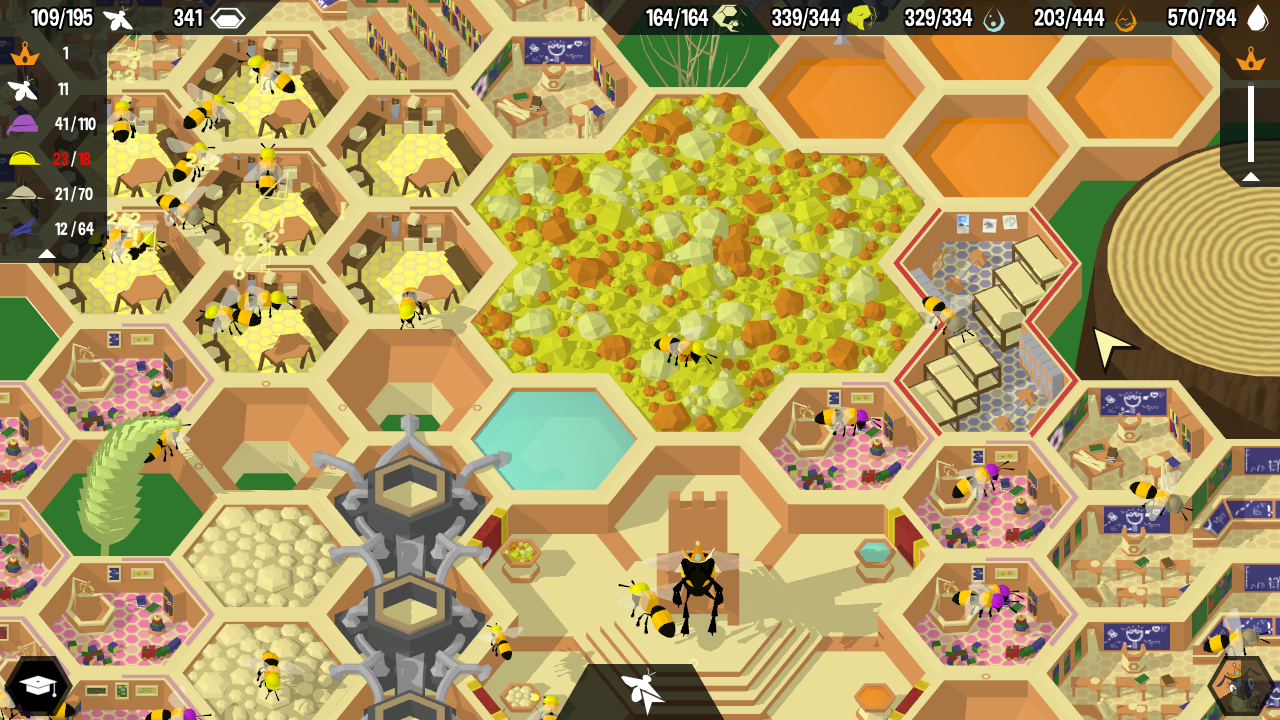 A comparatively small update today that adds in some more visual indicators for progress and state - this time, for Nursery and Barracks cells. Internally, I've been calling these "progress rings," but since they don't all show progress, that's probably not the best way to look at them.

The new Nursery ring works similarly to the Workshop ring, showing global progress towards the next bee spawn. If your Beesitter population is large enough, this will eventually become solid, since it would be flickering too fast to communicate anything useful (which shouldn't be a big deal - by that point in the game, players should have enough of an understanding of how spawning works to not need the ring).

The new Barracks ring shows the current defended/undefended state of that specific Barracks cell. A whole blue ring is recently patrolled and safe. A segmented red ring hasn't been visited by a Defender in a while, and is at risk. This should help make it easier to identify Defender shortages and vulnerabilities at a glance.

There are a number of fixes and tweaks in today's update, the most notable of which fixes a conflict between default pan bindings and some radial menu shortcuts. There's also a fix for a bug that was causing Defenders to not prioritise Barracks that were overdue for patrols.

Last, but not least, there are some changes to how customisation of the game's files works. I'll likely better document this in the future when customisation/modding support is a little more finalised, but for now, treat the json folder that ships with the game as a template that you can copy into your user data folder (select "Open User Data" from the settings menu to open a file browser there) and make changes to.

This will resolve the problem of game updates overwriting changes. As in previous builds, changes to credits.json will be ignored.