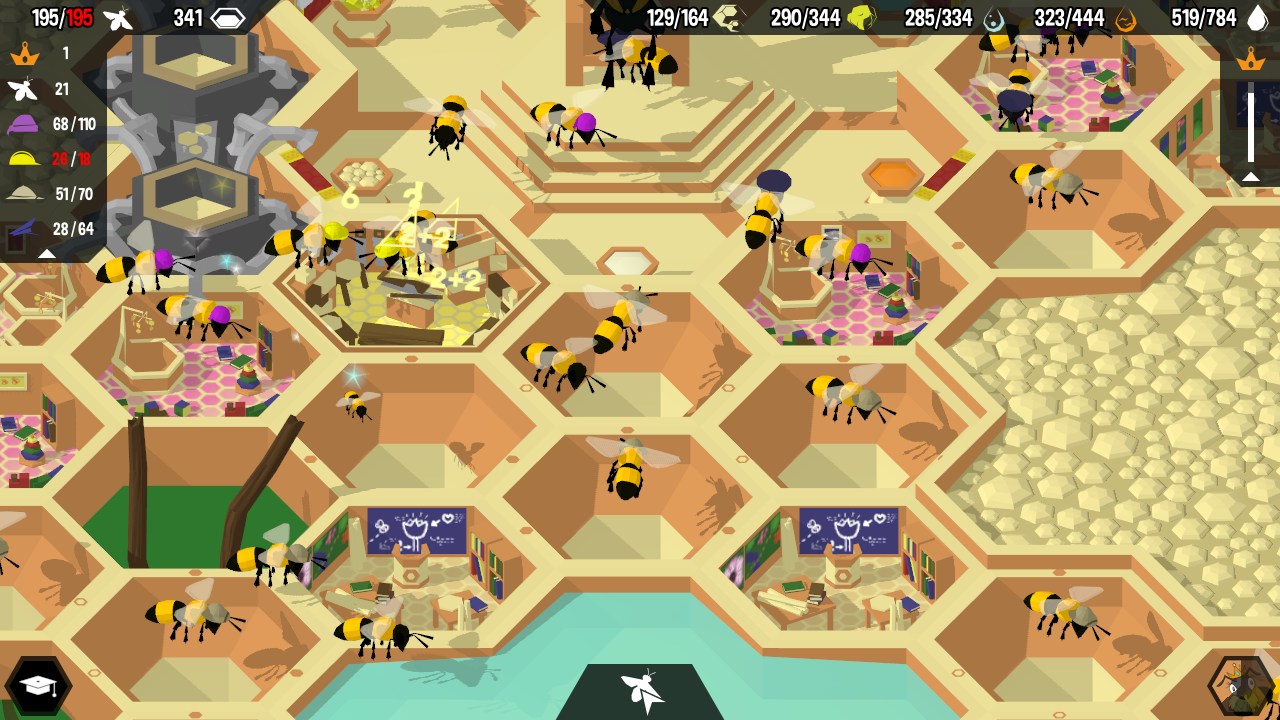 Today's update includes a couple of minor additions, the most important of which is a small indicator on exit cells to show their usage/capacity and reinforce the "three bees per cell" rule that players have already been introduced to via the tutorial by the time they see an exit.

Hive Time asks players to learn and keep track of a lot of stuff early on, and some extra cues can end up being the difference between forgetting and remembering.

There are also a number of miscellaneous fixes and tweaks, some of which may have an impact on performance on lower end machines. Noteworthy changes include a fix for a possible crash when pausing or unpausing a production facility when a production facility of the same type is under construction or being upgraded, fixes for the foraging screen's explore button getting disabled, and clearing a number of states when the game loses focus to prevent things like pan mode, repeat build mode, getting stuck.