Only one more sleep till Hive Time comes out! 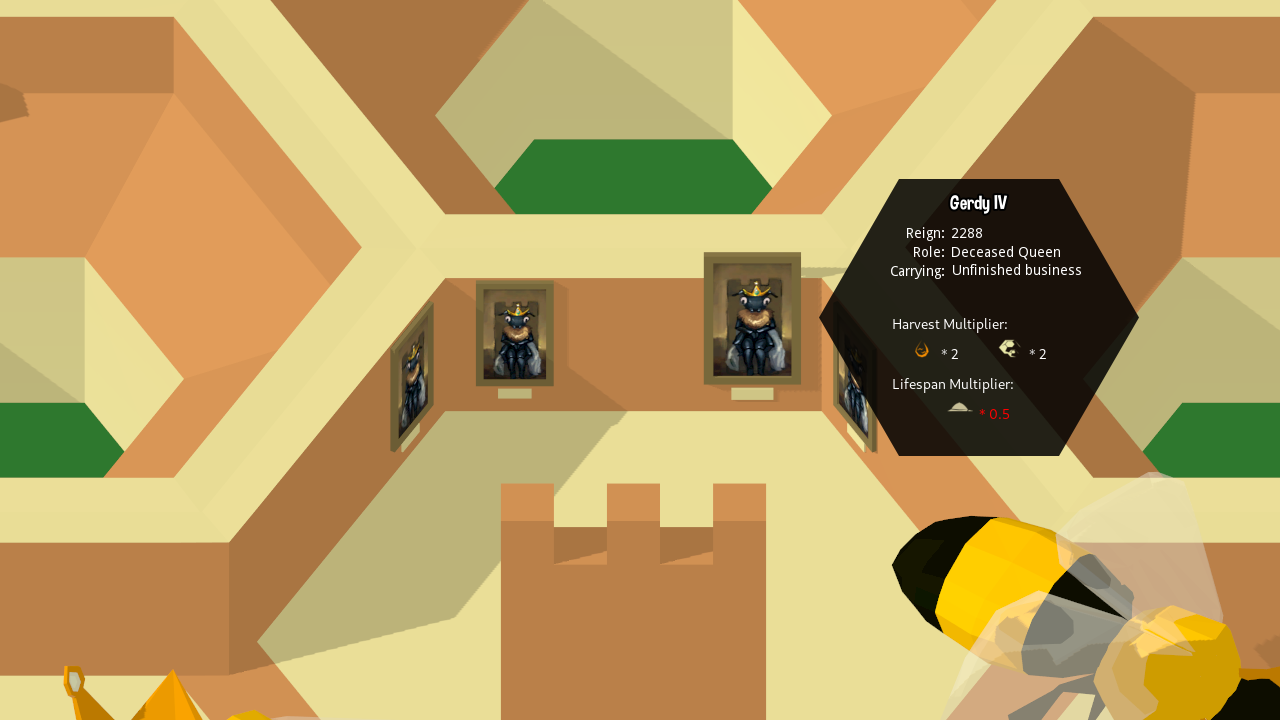 Today's update includes some new Queen portrait art painted by our friend Aubrey Serr from 12 East Games. As release closed in, painting new art for Queen portraits looked like it was going to be a nice-to-have that would become a maybe-next-time (the placeholder art is weird-but-almost-cute in the way that the rest of the game is, so it was something I was content to be content with), but Aubrey offered to contribute, and I'm super happy to have some of his work in the game.

This update includes a bunch of tweaks to the credits as well, with tester/pre-release player credits for everybody that I've heard back from. If you've had access to builds and haven't sent me a name for the credits yet, get that to me ASAP! 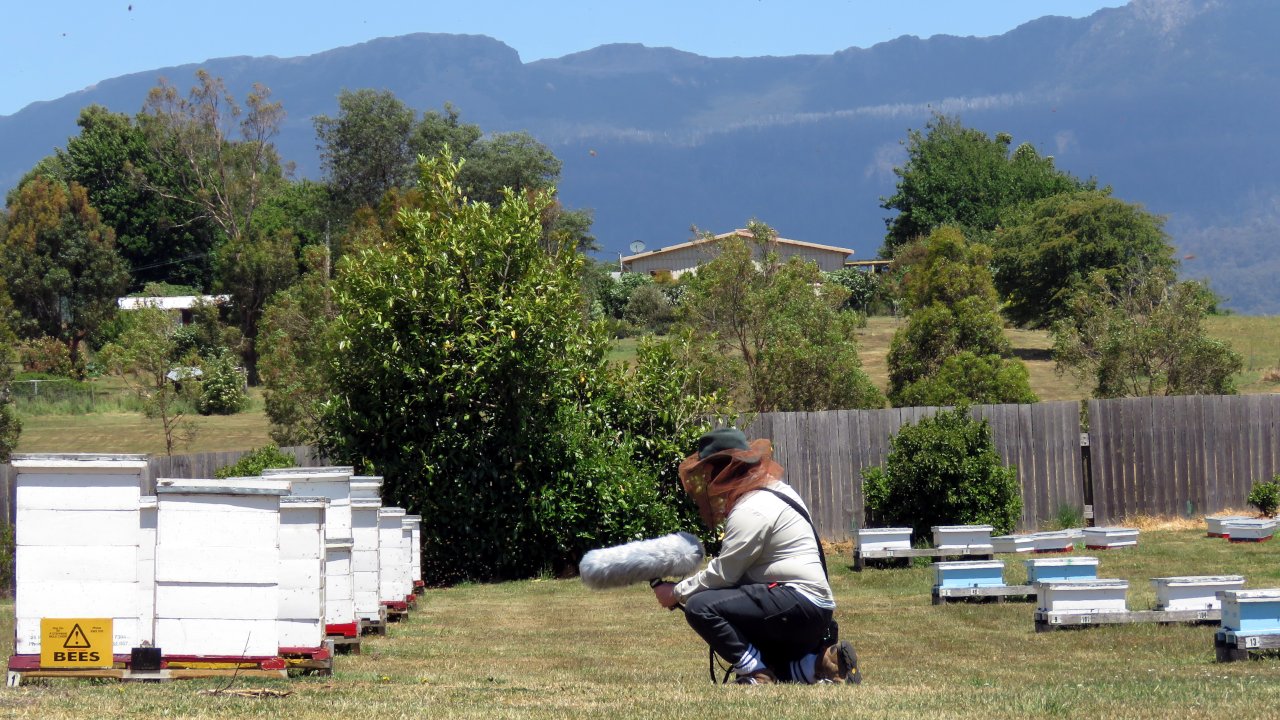 Yesterday, I took half a day off development to go and do field recordings at a couple of local honey farms (R. Stephens Apiarists and Melita Honey Farm). I haven't had time to process my recordings yet, but I'm very much looking forward to having some local bees star in Hive Time. 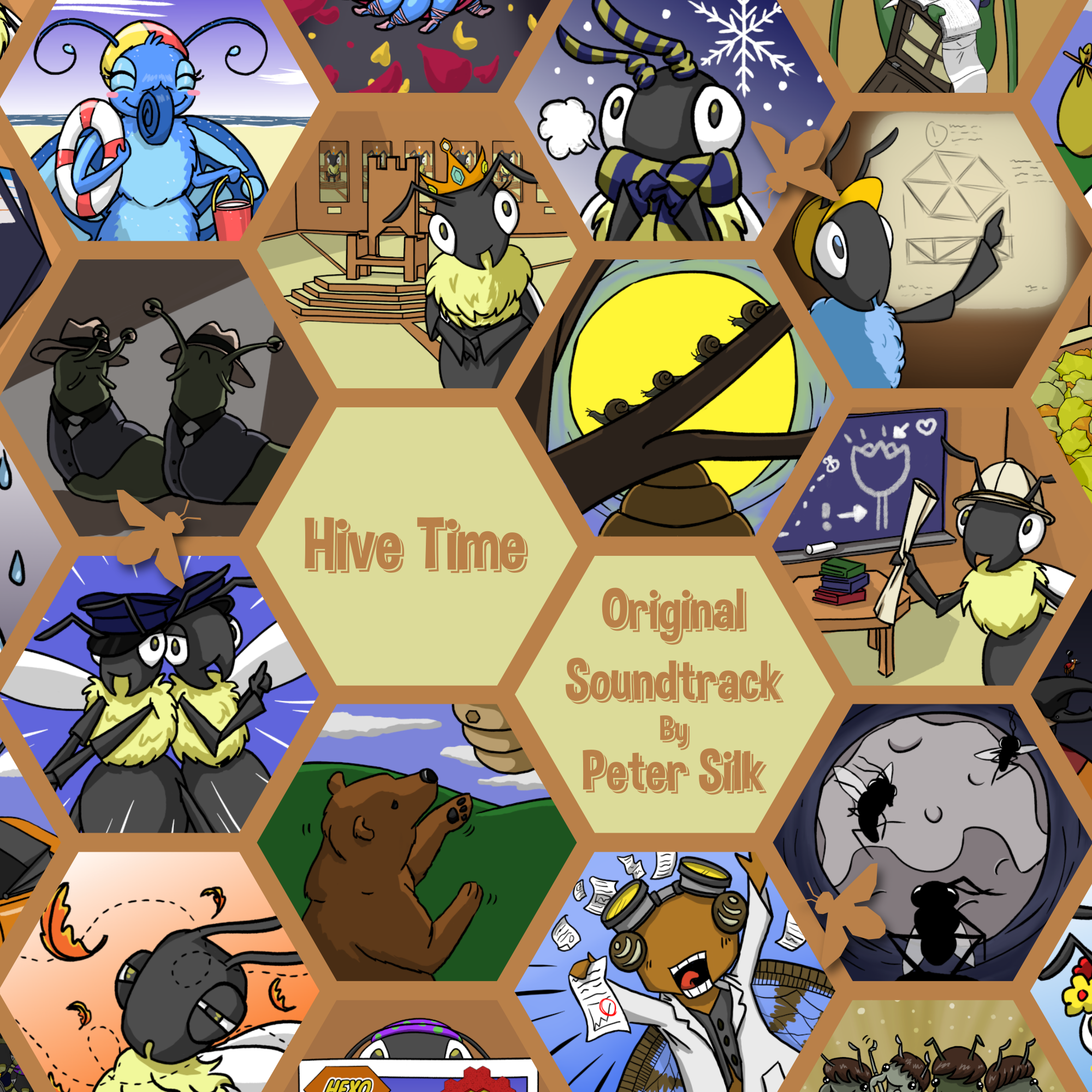 I also spent some time putting together cover art for the soundtrack, which will be released tomorrow (a couple of hours earlier than the game) over on Peter's Bandcamp page.