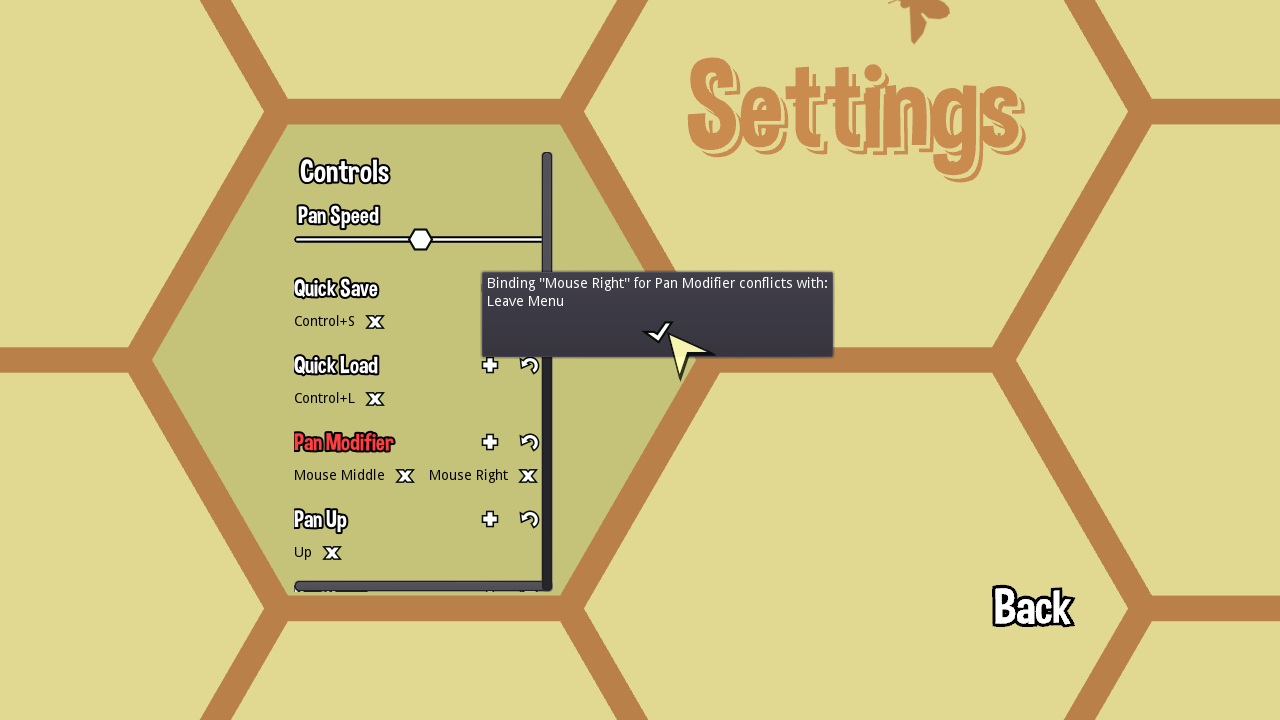 Today's update brings conflict warnings to Binder, and further implementation of InputMap actions across the game. At the moment, the population, defence, production, activity, resources, research, and foraging screens don't respect the "select" action, but I'll get to that in a future update.

Other than that, you're free to effectively rebind what was left click to any other button and have that behave correctly everywhere outside the main menu (to avoid people getting stuck and not being able to fix binding mistakes, I don't think I'm going to allow rebinding the menu controls). This is pretty exciting!

In theory, this is fine, but it's also important for the distance to feel consistent with mouse movement. It turns out my initial implementation was a bit off, with the playspace moving faster than expected under the cursor when zoomed all the way out. This wasn't super noticeable when playing windowed (which I generally do), but when playing fullscreen (as someone testing the game pointed out to me yesterday), it felt pretty off.

Now the game uses Camera.project_position() to work out exactly how many 3D in-world units the number of pixels that the mouse has moved represents, and pans by that amount, giving consistency at every scale. Huzzah!