At last, a Hive Time update! 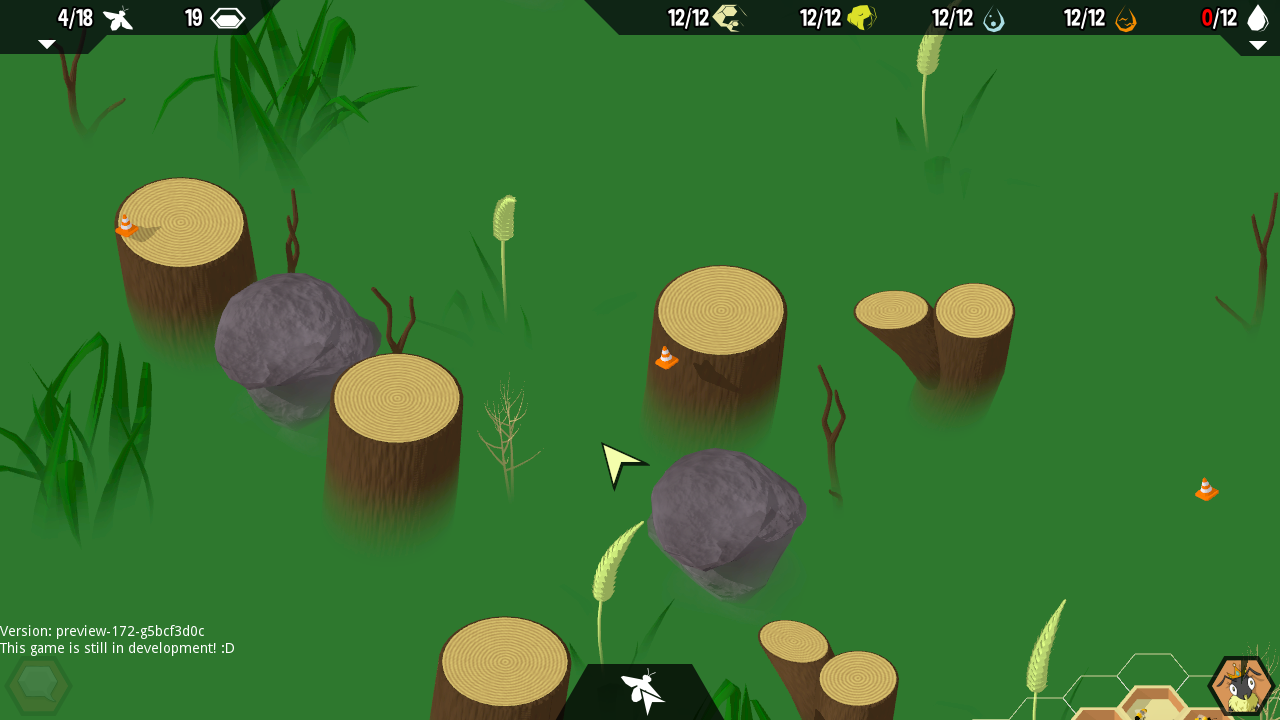 There are a couple of noteworthy bits and bobs in today's update. The biggest (for me) is an overhaul of how environmental sounds (crickets, birds, etc.) are handled. Previously these were done in 3D, positioned above the hive, and captured by the same audio listener that hears the individual bee sounds as it moves up and away from the hive.

Through past experimentation, I discovered that these were putting significant load on the Godot's audio server, and were likely the cause of stuttering, garbled audio that I've been trying to properly address for a long time. According to Godot's profiler, moving these to 2D divided audio server frame time by 10, and it allowed me to more finely control the volume/overlap of sounds (previously, I had each sound player pushing 8db of amplification, which is nuts). There's a slight overhead from having to align the camera-relative 2D space that the new sound players live in with the game's 3D space, but it's minuscule by comparison. I haven't done thorough testing yet to confirm that the garbledidooks are properly gone, but I'm feeling pretty good about the impact of these changes.

I also fixed a problem where environmental sounds were tending to be clumped at the top of the playspace. To make sure I was seeing where they were getting placed, I used the witches hat hat as a visual indicator (pictured above). It was fun to see little objects scattered across the playspace, but now that all that is fixed, they're gone. Maybe I'll add some other stuff in later ^_^

The change that's likely to be the biggest (for you) is the addition of a visual indicator to Workshop and Upgraded Workshop cells that tracks the progress of current research. It's subtle, but if you know what you're looking for, should still be visible when zoomed out. I haven't decided on the final presentation for this, but as what has probably been the single most requested feature, I'm glad to have it in :)