Another mixed bag of updates today! 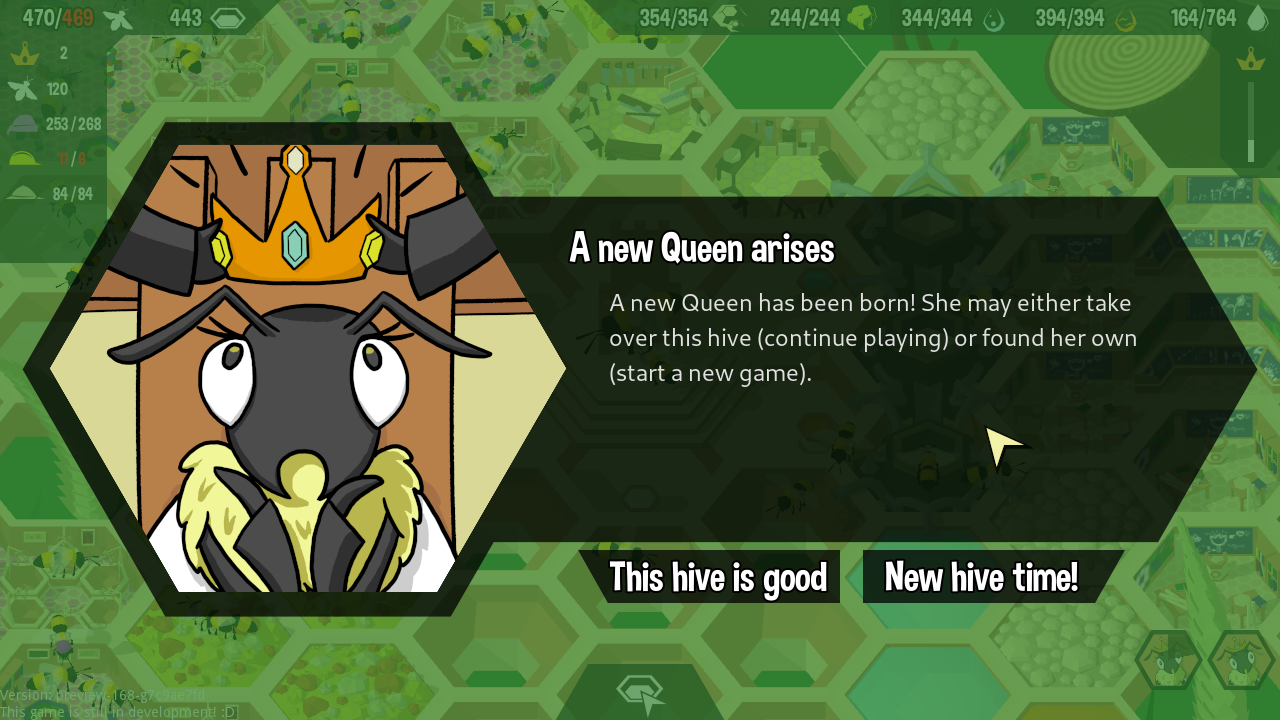 Special Builders now have a welding helmet that they can wear (and hopefully see through), and the "A new Queen arises" event now has images, showing the coronation of a new Queen.

I've written 15 new vignettes, and temporarily removed the 10 generic ones that were previously showing up for Wax Assemblers. I've added 5 more generic ones and separated them all out from the cell-specific vignettes so that they can be be used for any cell type when I get around to adding them back in in a future build.

I've also renamed the "traffic cone" hat to a "witches hat" hat, since that's what I call them and "traffic cone" isn't as big a part of the Australian vernacular that I'm drawing upon for this game.