Today's update has a whole stack of stuff! 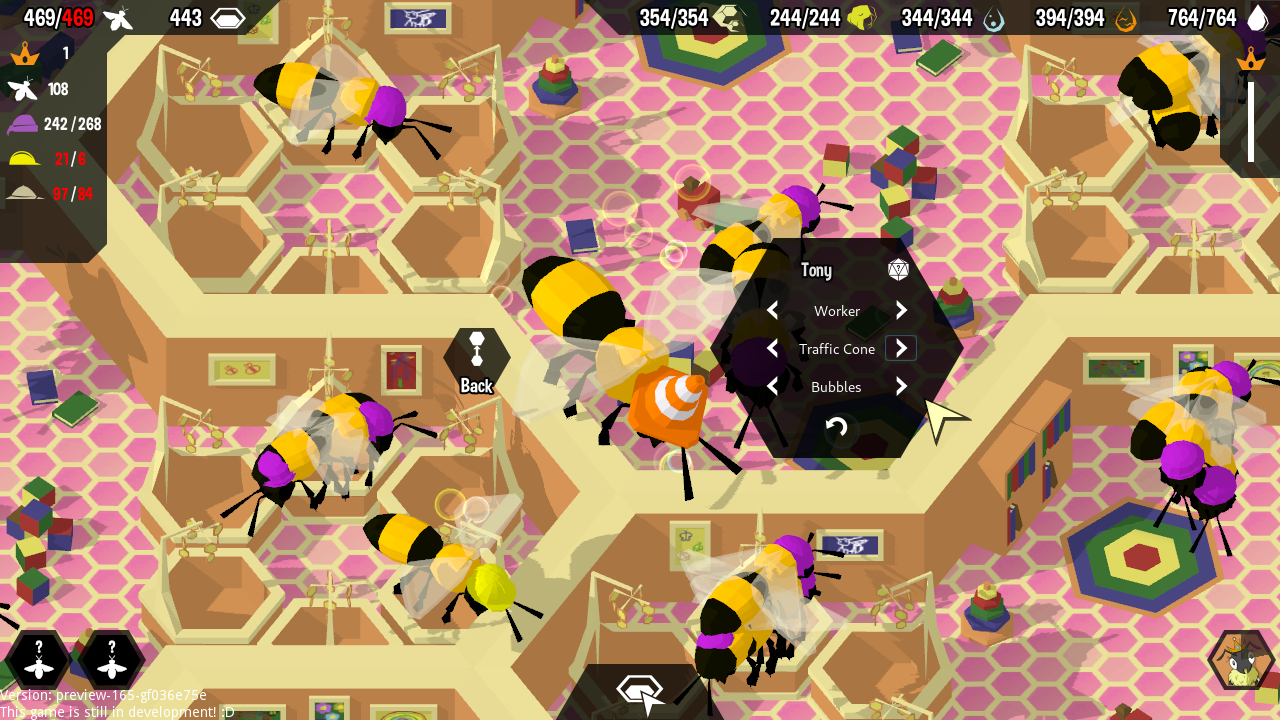 Six new hats are available to give to special bees (three for Workers, three for Defenders). These only have cosmetic value, but they're fun and that's nice. If you'd like to watch me make them, I managed to catch it on stream. Special bees will now also pick an initial hat at random.

One awkward side effect of this is that changes have meant that any saved bees from the past week will be loaded without hats. I've decided to overlook this since it's primarily a cosmetic thing, and since a full population cycle (ignoring special bees whose hats you can change manually anyway) takes about 90 seconds, it's not an issue for long.

Peter's passed me a new music track that is the new default event track, freeing up "Working Well" to be used for overtly positive events. This should help expand the tonal range of events a bunch, and I'm looking forward to seeing how the game as a whole feels with this change.

There are also a bunch of new/previously missing building info screens that are in now, which means that every cell in the game should have a working info screen. Yay!

In addition to all that, there are a whole bunch of bugfixes as well. Exciting times!