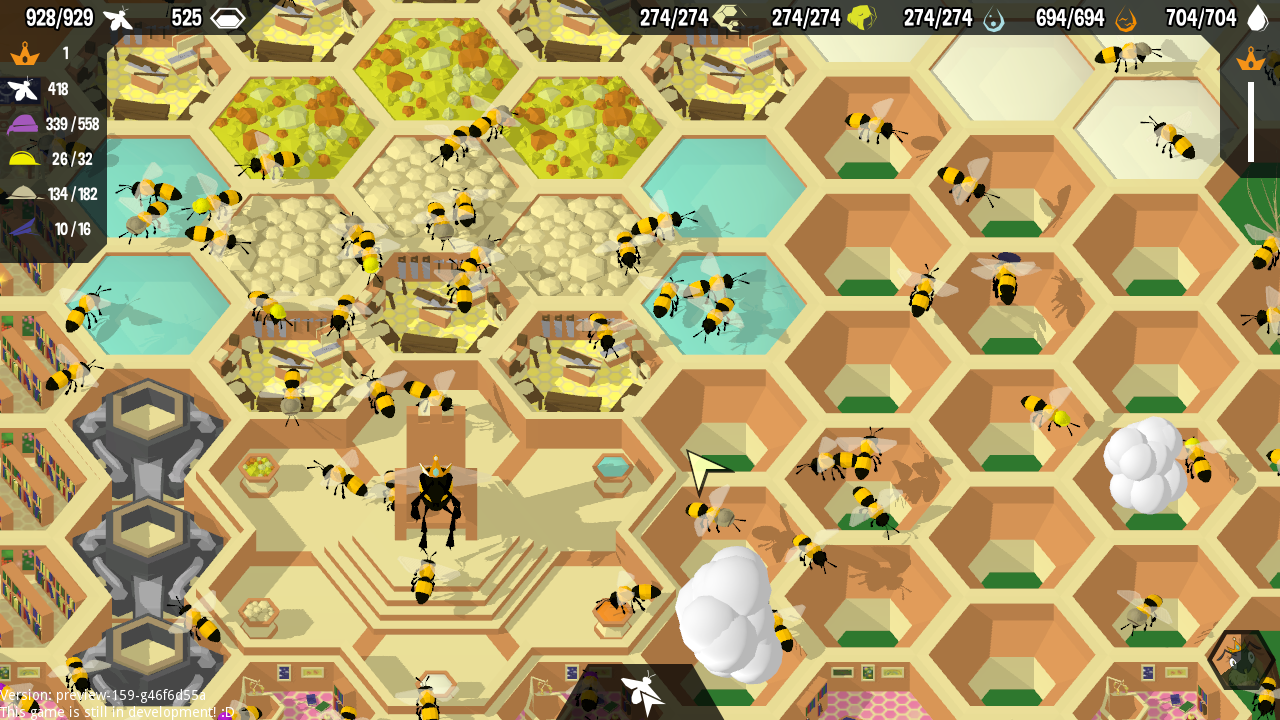 Today's update has a bunch of misc tweaks and fixes. Turns out that yesterday's attempt at tackling Worker bees not prioritising construction wasn't as thorough as I'd hoped. This should properly be addressed today (unless I've overlooked something again!). To make up for it, there's also a small optimisation for Worker and Builder efficiency that will stop them from deciding to take a bumble break if the construction they're heading to is finished before they get there.

I've mentioned a couple of times that I've been bumping up against some audio related problems, where the engine's audio server will produce garbled audio until the game is restarted if there are more than a certain number of sounds being played/moved around at once. I spent a little time today looking at which sounds are creating the biggest load so far as audio performance goes and have decided to halve the default the environmental audio count (at some point I'll put a setting in like I have for bees).

On my dev machine, this come close to halving the amount of CPU time eaten up by the engine's audio server, which is good, but it doesn't really address that I want/need to play more sounds rather than fewer. I still have a few more things up my sleeve that I'd like to try, and I've started reaching out to the rest of the Godot community for advice, so fingers crossed for some positive forward movement on that front soon.