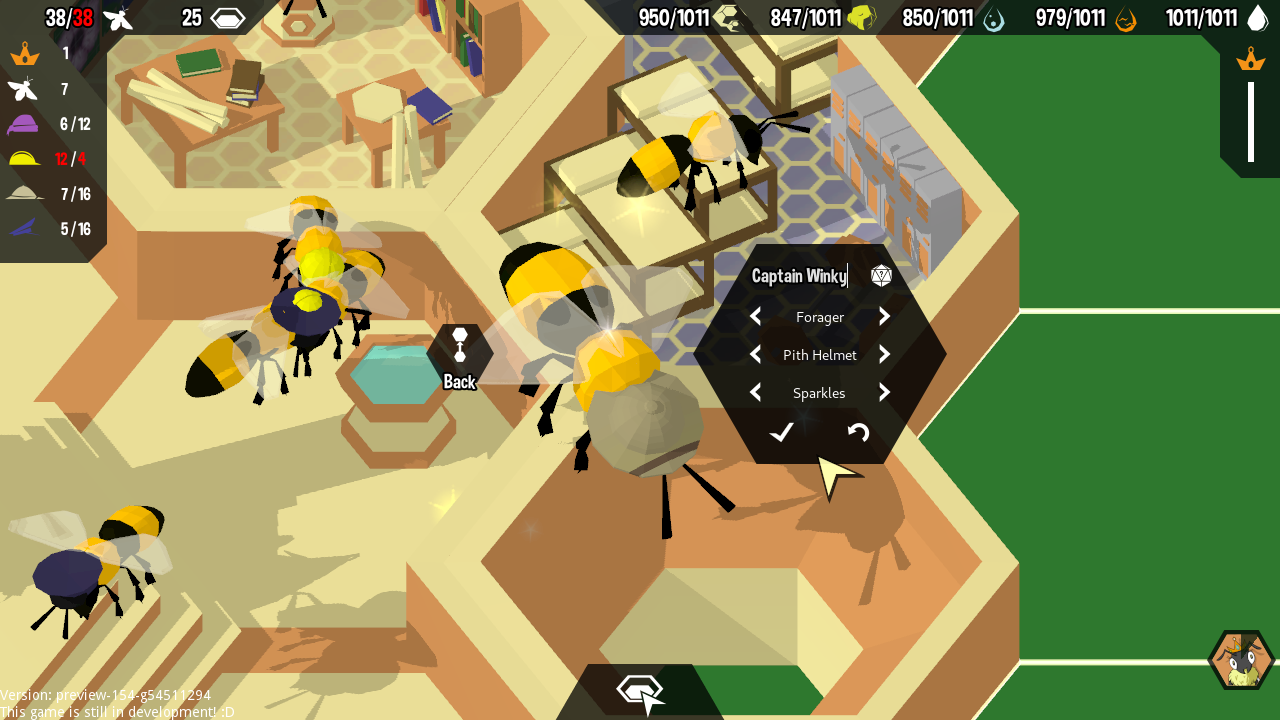 Today's update adds special bees (internally I've been calling them "hero bees," but that's marginally gross terminology I picked up way back when I worked in the retail industry). These bees live a bit longer, work a little more efficiently, move a little faster, and stand out a bit visually.

Aside from Queens, all of the bees in your hive end up being pretty transient, and I wanted to have some special ones that players could get attached to - when you've got a population of 500 bees, keeping track of all of them is too hard anyway.

Alongside this, I've also added bee customisation options. Currently, you can only customise special bees, but I'll probably add an option to the settings screen to enable it for all bees. Right now, it lets you change bees' names, their role (this probably won't be enabled for everyone if I do add a setting to enable it hive-wide, since that'd risks breaking some things), what hat they're wearing (currently only default hats or no hat, but I'll add a bunch of role-specific hats in a later content pass), and what kind of effect trail they leave behind (currently this is three boring ones, but I'm going to add more exciting stuff later).

Peter managed to find a nice way to bring back the previously orphaned track that we removed from the game a while back. Rather than filling in as one of the background music tracks, it's getting a place of prominence as accompaniment to the final event of the snail monk chain. It's very nice to have it find a home (this time for sure!).