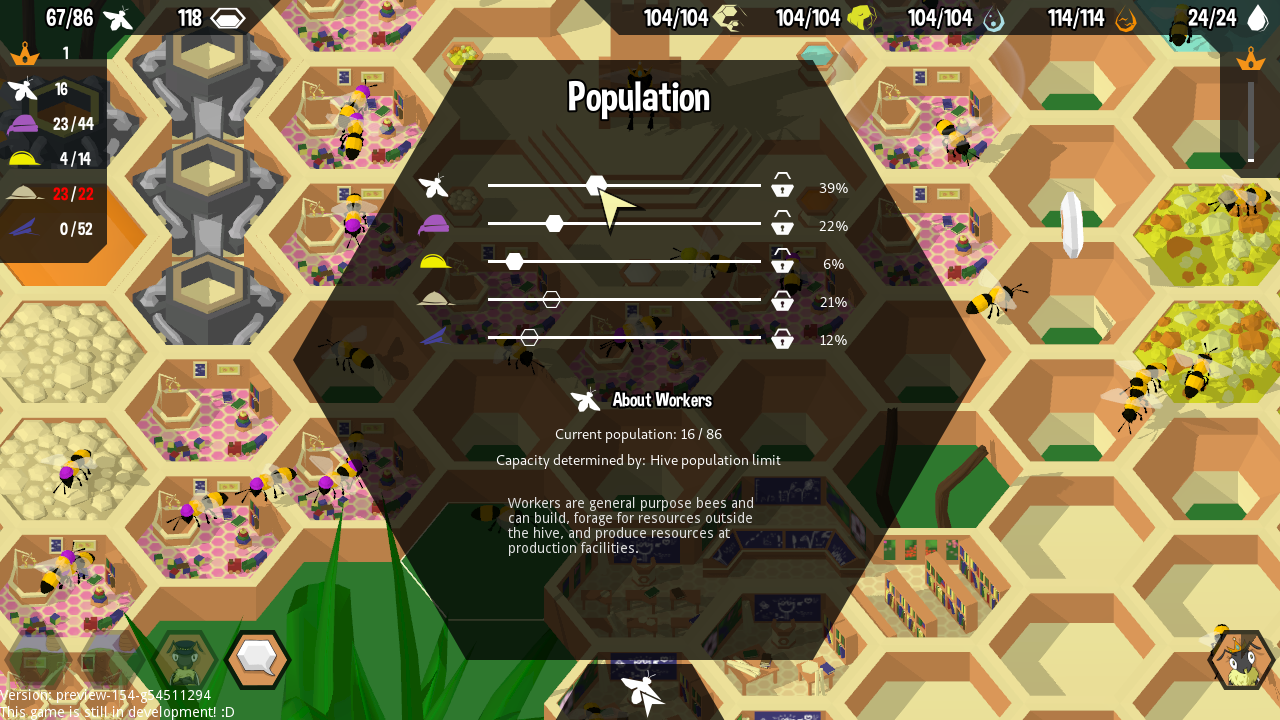 Today's update is superficially small, but kinda big on the inside. The main feature is the population slider locks that are enabled by building upgraded Nurseries, Workshops, Barracks, Map Rooms and the Upgraded Throne Room. These allow you to set a slider where you want it to be and fiddle with the rest without affecting it. Multiple sliders can be locked, but obviously, that's going to give the rest of them less wiggle room (if there's only one unlocked, you won't be able to move it).

While implementing this, I did a big refactor of population handling, which simplifies and unifies a whole bunch of code. I haven't given it super thorough testing, but ideally, this should resolve some lingering slider funkiness such as negative slider values too.

There's also a new research option that allows more than two Queens to be active in the hive at once by shortening the cooldown between Queen spawns, allowing for more Queen effects to be active at once When used in conjunction with the Royal Decrees upgrade.