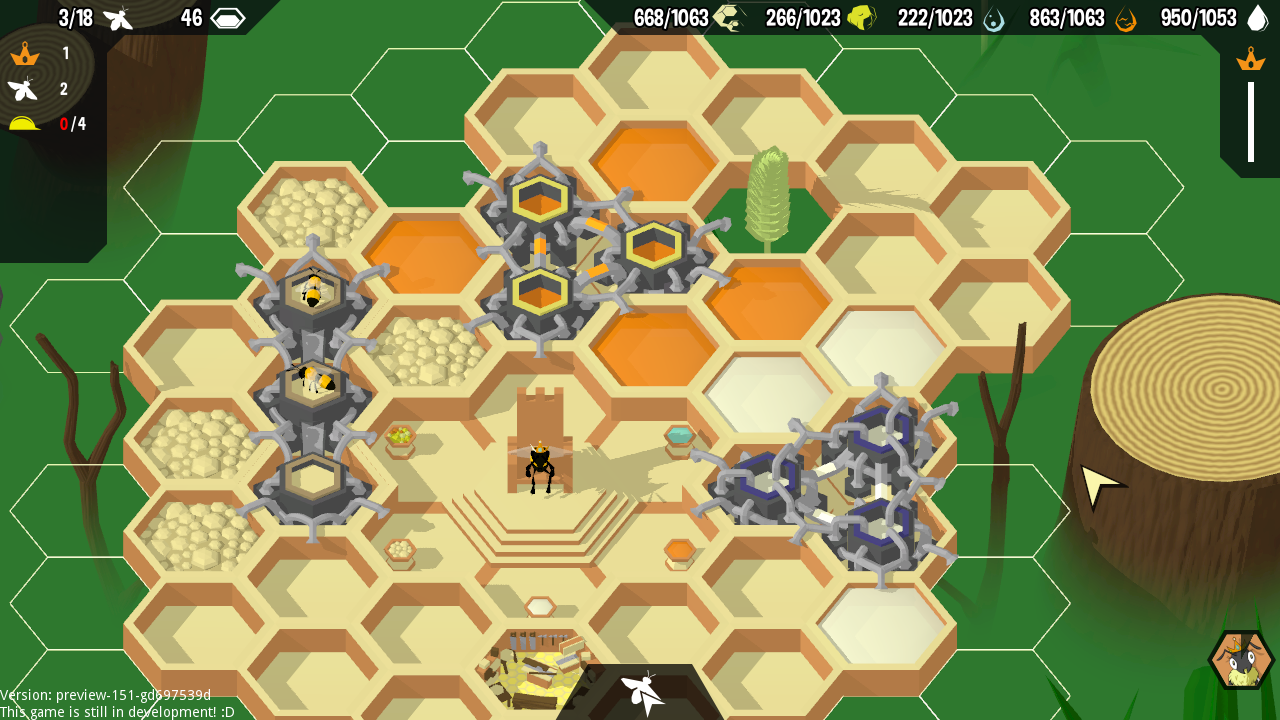 Today's update brings in upgraded resource facilities! Upgraded Wax Assemblers, Honey Refineries, and Jelly Refineries provide a speed boost to Workers carrying resources away to store, or frees them up entirely by sending resources directly to adjacent storage facilities. Both of these free up Worker bees to do more with their little lives, whether that's hopping back onto production sooner, or jumping into any of the other roles they can fill. Upgraded production facilities also allow for manual control over production priority, overriding the default proportional prioritisation of empty storage.

Initially, I'd wanted to do an adjacency bonus for having multiple production facilities next to each other, but since that isn't scalable in any way that's rewarding or fun (to keep 5 honey refineries running at full efficiency, you'd need 45 pollen, 45 nectar, and 180 honey coming in every second, and that's without taking costs of honey production into account).

With the way the game is structured, making production cheaper or yield more only makes the mid/end game less interesting since you're already capable of producing more than enough resources. A reduction to the time that Workers spend storing produced resources feels like a much better approach since it has knock-on effects that influence all their other activities, but still feels relevant to production.

I also spent a little time trying to track down a lingering bug where production facilities won't reset their production state when the last Worker leaves (you may spot production animations continuing when nobody's around), but haven't quite nailed it down yet. This doesn't have a gameplay impact, but it does prevent the production screen from showing accurate information on why production is/isn't occurring in certain circumstances.