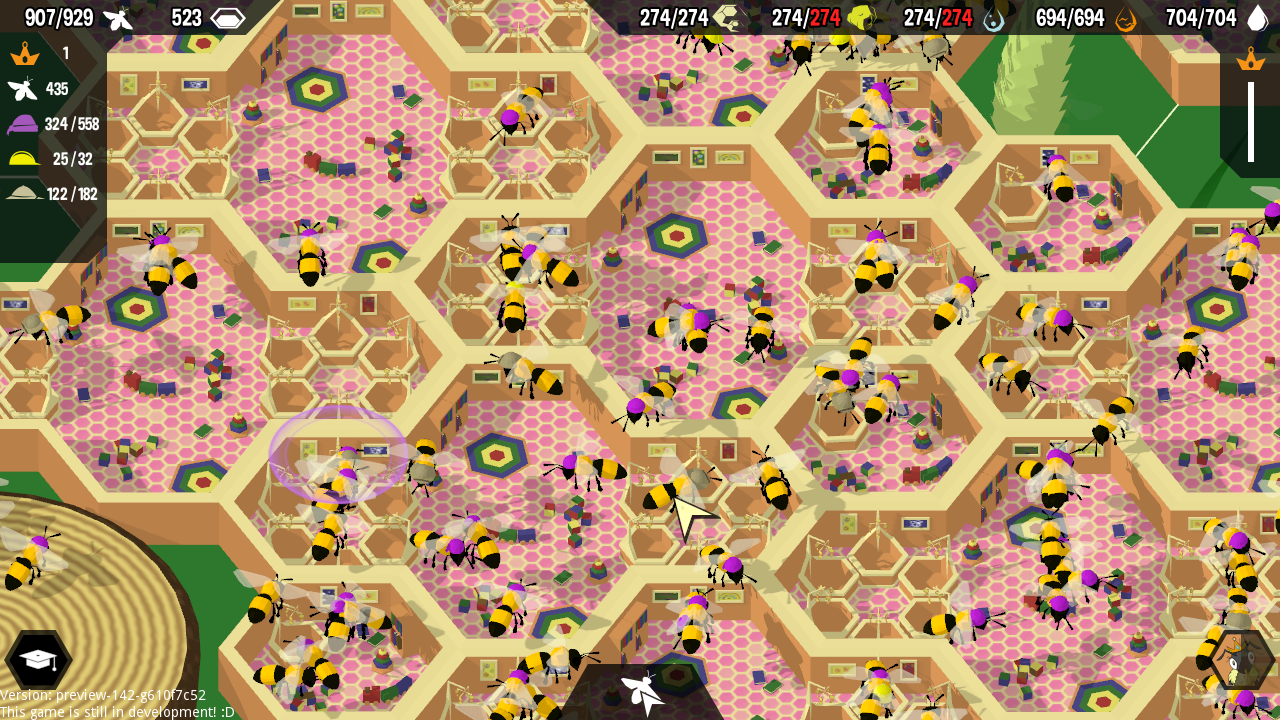 Get ready for upgraded nurseries! These 4 cell upgrades give a significant boost to population limits and have a 20% chance to spawn twins. I have plans for adding some extra things to upgraded nurseries, but I want to give this time to settle before fiddling more.

Today's update also includes a big materials overhaul, where I unified most of the game's materials into one, and added a swatch texture/sprite atlas type thing to give variation. Based on my previous experiments with separating out mesh geometry based on material so that no meshes contained multiple materials, I expected this to have a big impact on the number of draw calls, but gains ended up being pretty small.

I haven't gotten to the bottom of it yet, but bees seem to be the current source of material changes (which is odd since they're two meshes with a material each now - some poking around seems to suggest that maybe the skeleton itself is resulting in a bunch of material changes/draw calls, but that makes no sense to me).

On the upside, this did give me the chance to throw some textures onto some of the game's flat surfaces, such as the blackboards in the map rooms and framed pictures in the nurseries. I had a blast painting a few baby bee drawings to adorn the walls of the upgraded nursery.