Today's update brings in a bunch of changes to the tutorial system! 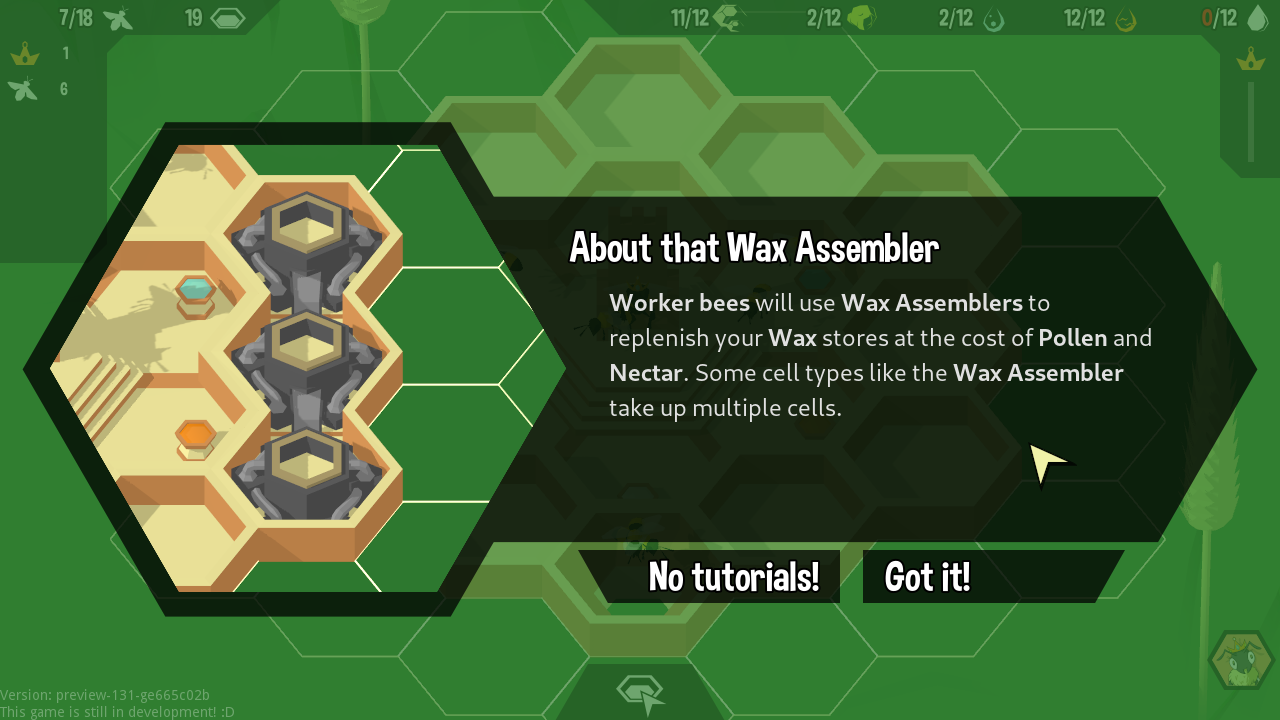 Tutorials now have an activity indicator (botton left of the HUD) with some details about the currently active tutorial. Clicking on this will bring back the tutorial prompt, so no more forgetting what you had to do. The new implementation automatically handles situations where tutorial goals have already been met, so if you build your first Wax Assembler before the tutorial prompts you to, then you'll get a slightly different tutorial prompt talking about Wax Assemblers immediately followed by the next one in sequence - no more stalling the tutorial by building stuff out of order.

These changes make use of the existing effect handling system, and pushes all the tutorial events into the normal special event list rather than the tutorial list they used to live in. All of the previously hard coded event conditions are now handled via json effect definitions and use existing event condition handling code to determine what is/isn't done.

The changes to tutorials here will eventually find their way into other/new events to allow for event structures that weren't previously possible. Making events that ask the player to achieve a goal (whether that's within a timeframe or not) are now nice and simple. This could be explicit in a way that's visible to players (I might change the negative branch of the slug outlaw chain to have the slugs hassle your hive until you've produced the jelly they want, and at that point, an event exposing the option to give it to them would appear), or it could be implicit in a way that's not visible to players (the Old Bitey event might be replaced with a "Here comes Old Bitey" event that shows a countdown to when he arrives, and in turn triggers different events depending on the number of deployed Defenders). This stuff's been on the roadmap for a long time, and I'm looking forward to diving in next time I do an event writing pass.

Today's update will probably be the last before the Kid I Am expo this weekend, so fingers crossed I've nailed all the critical bugs :D