Comparatively small update today that reworks some of the Defender deployment behaviour. 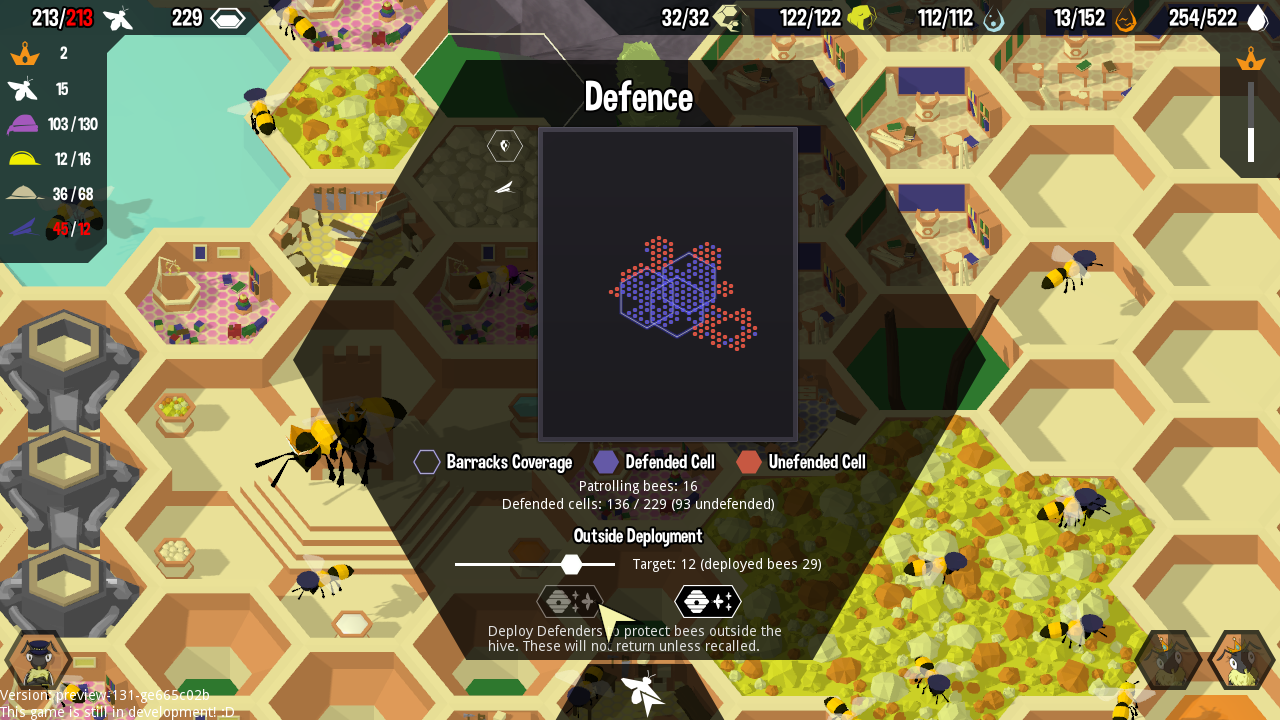 Instead of using a slider to set the amount of Defenders you want to immediately deploy, the slider now sets the desired maximum number of deployed Defenders (or the deployment target), with new Defenders being automatically deployed until that number is reached. The deploy button now immediately deploys as many Defenders as possible up to the deployment target. It's still a little rough, but it's much more streamlined than what was in the last build, and should allow Defender deployment to require a lot less frequent manual fiddling.

I've also added a couple of starter flowers in the unexplored tiles closest to the hive. This should give players a chance to discover how pollinated zones behave before the pollination option becomes available (assuming that some exploring has been done prior to building an upgraded Map Room).

Peter's added a WIP pass on generic bad event music. At the moment, we're feeling like it might be a little too negative/overpowering, but we're popping it in to see how it feels in-game.