Unfortunately, it's been another difficult week for time/energy/motivation, but today's update includes a bunch of fun changes.

First up, there's a fix for the crash that was occurring when attempting to spawn a queen after the cooldown expires, which was also seen in Friday's dev stream.

I've also done a bunch of refactoring of how events, event conditions, and what-happens-when-event-conditions-aren't-met are handled. All variants of a single event are now included as part of a single event definition rather than being separate events to themselves, which reverts the dramatically lowered event frequency that came in in preview-90. This also opens up a nice way of doing timed events with different outcomes in the future. I've also added a check so that if several event windows were skipped because conditions weren't met, the game will go and find an event that can be triggered and show that, putting an upper limit on the amount of time between events. 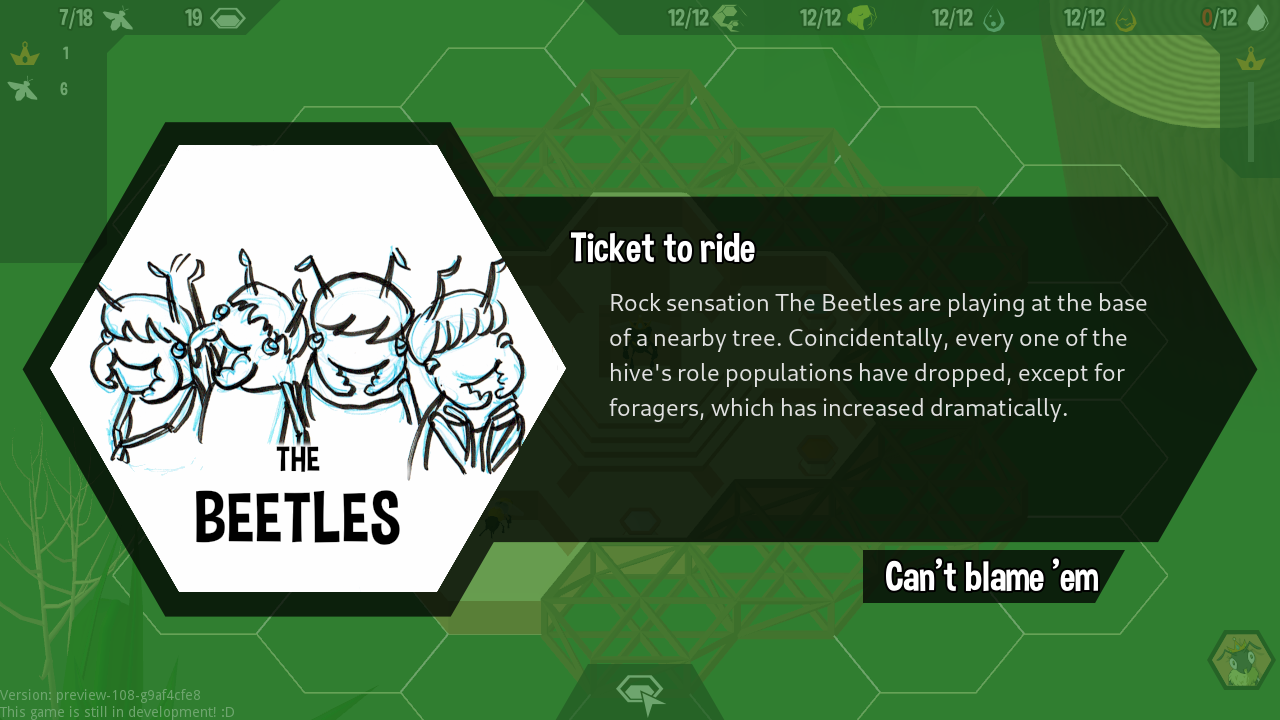 There's also an updated version of the music for the Ticket to Ride event. Peter's been working hard on progressing this piece toward a more authentic Beatles style, and we're keen to get feedback from players on how this new version feels.