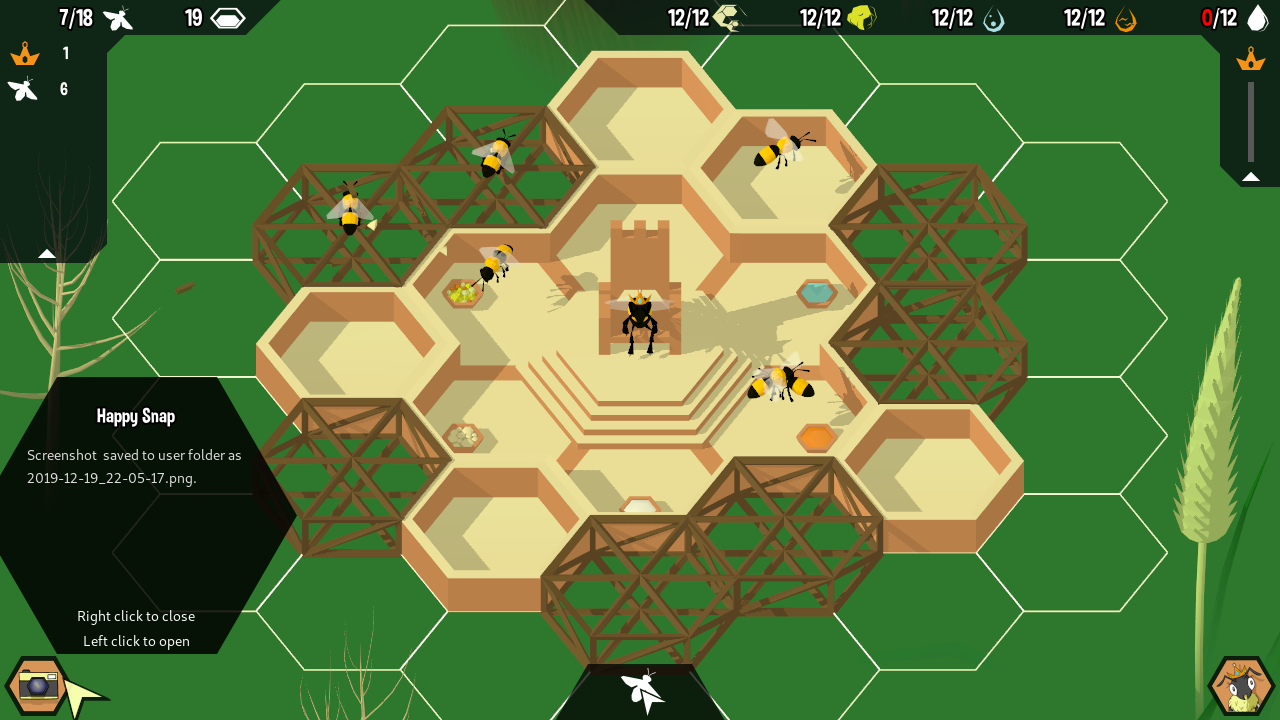 Another small update today, which brings in an in-game screenshot option that takes a 1920x1080 screenshot (regardless of the resolution of the game window) of your hive without any HUD.

If you're super excited, there's also an experimental feature where holding down the "repeat build" shortcut (default Shift) will take a screenshot that is a zoomed out overview of your entire hive (this still needs a little work, but I figured it might still be of interest in its current state).

There's also a fix for a sneaky bug where deleting under-construction Nurseries could result in the population limit going down.