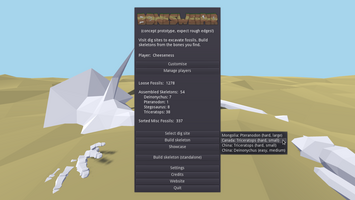 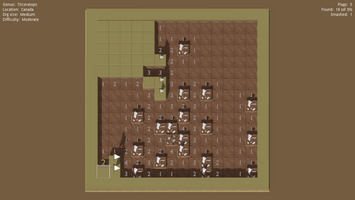 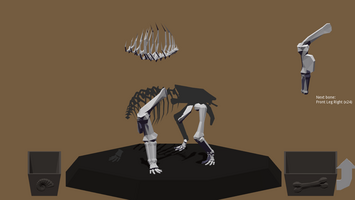 This prototype gives the opportunity to play through the concept's core gameplay loop of digging up fossils to make skeletons.

I think I've learned everything I set out to explore with this prototype. At this time, I'm undecided on whether or not I'll move into production on a "full game" based on this concept, but regardless, it's been a fun little project to work on.

That said, I might add some content updates to this prototype over time, starting with a new dinosaur that I'm currently making on stream to celebrate the prototype's release.

A prototype puzzle game about fossils