Looking to give your Linux users a better experience, but don't have a Linux system to set executable permissions from? plus-x can help!

Typically, a filesystem requires an executable file to be flagged as such before the operating system can run it.  The most common implementation is part of what is typically referred to as "traditional Unix permissions." Unlike other modern (and many historic) operating systems, this is not supported by Windows or its default filesystems, meaning that information gets lost when extracted on Windows and won't be included when files are compressed on Windows.

Internally, the ZIP file format is capable of tracking Unix style executable permissions (used by Linux and MacOS). plus-x allows those permissions to be set after compressing so that users won't have to manually set that themselves.

plus-x is primarily aimed at Windows-based developers, but will run on Linux and MacOS. It can also be used to inspect executable permissions within ZIP files, which many archive utilities don't show.

In some cases, game downloader/launcher clients will set executable permissions for users. plus-x is primarily intended to be useful to developers who are shipping applications that will be downloaded and manually extracted by users.

Bug reports and contributions can be made via the plus-x GitLab repository.

I stepped back from running TasLUG stuff in Launceston a couple of years back when we lost our venue and I didn't have time/energy to ramp stuff back up. Nobody else seemed keen on picking up the reins, so it petered out.

I'm happy to see your name popping up on all sorts of Linux and Open Source gaming resources on the net. My life has not changed substantially, I'm still playing Neverball and I'm still experimenting with Hackintosh (i7-8700 + RX 580 desktop & XPS 13 9360 - both dual-booting macOS Mojave 10.14.6 and Windows 10).

PS. I'm still looking for that custom T-Shirt with Gherkin of Hope, without love-heart, and with new text "Go for Gherkin!"

hehe... it's an in-joke between me and my younger brother...

Stay well, I'll see you around the internet again, I'm sure :-)

Whoa!!!! I'm so excited to try this. You may have solved a very common problem for me. Setup sounds challenging for a n00b, but could be very worth it.

You should be able to get by with doing a Python install with default settings (double check that Tcl/Tk is marked for install - it should be)! 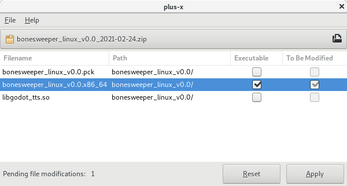 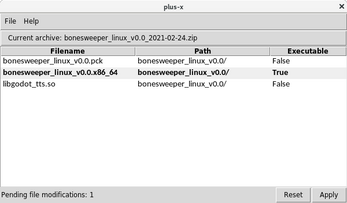